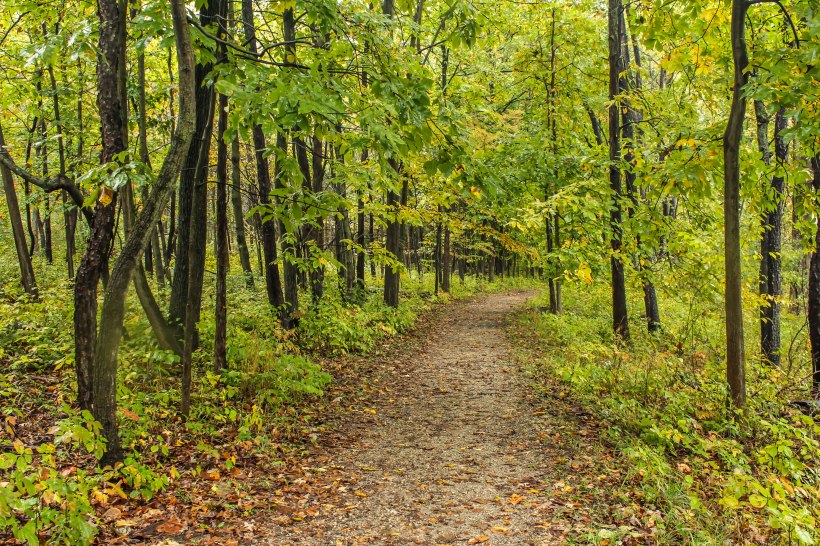 Rain made all the colors seem more intense.

Robin over at Breezes at dawn coordinates a walk each October called Walktober. People from all over the blogasphere participate by taking a walk, by themselves or with others, and then posting about the walk with or without pictures, linking back to Robin’s original Walktober post. Then at the end of October (or whenever she can find the time after that) she puts out a post with links to everyone’s Walktober posts and we get to visit and read all about them.

It’s so much fun to read about people taking walks in areas so different (and sometimes so similar) to our own places. I always look forward to October and one of the reasons is because I love doing Robin’s Walktober!

Lots of color out there if you look for it.

Of course right now I can’t find her post with this year’s dates, but you can read more about the idea of a Walktober at this post she did in 2014. This year the dates will be slightly different, and I’m sure she’ll let me know what they are. Then I’ll fix this blog and tell all of you!

EDIT: Robin says her Walktober dates are October 14 through the 28th. But if you want to walk sooner, go for it, and just wait to write that blog and link it to her when she posts on October 14th. And if you need to go later, let her know, she’s flexible and will wait (within reason) for your walk!

Even though water was dripping everywhere it was a pretty day for a walk.

So anyway, Saturday was a rainy sort of day. Lots of downpours in the morning, and then sprinkles through the rest of the day. I couldn’t stand being inside, so I took myself to my favorite park after the worst of the rain had stopped.

The trees haven’t really taken on their fall colors yet, but in the wetlands there was quite a bit of color. The bright reds and oranges showed off in the dim grey light of a rainy afternoon.

The boggy areas of the forest were just beautiful.

I had a pocket full of sunflower oilers too, to share with any birds that might be hungry. At first I didn’t hear any, but eventually, as I was taking pictures of some soggy berries I heard the familiar flutter of wings near my head. 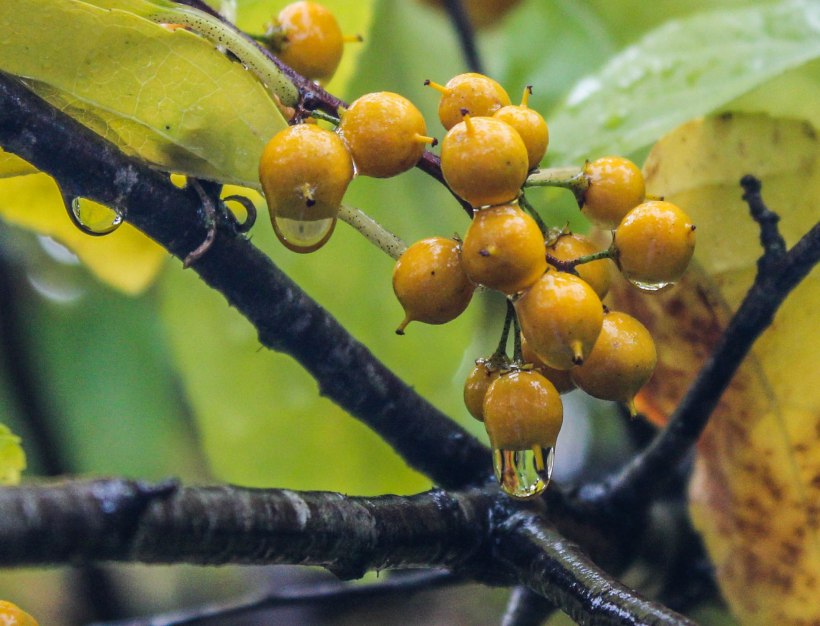 I got really wet trying to get this image.

I’ve posted pictures of the birds in my hand before, so this time I’m sharing those that were either just landing, or just taking off. Though these images aren’t as clear as some, I find the energy in them interesting. I figured you would too.

Come get something little one!

It was mostly chickadees and titmice that showed up. They’re the bravest of the little birds out there in the woods. Other times I’ve had woodpeckers and nuthatches land on my hand too.

These little guys were pretty soggy from the rainy day, and there was another batch of thunderstorms coming in so I didn’t stay there very long. In fact I had dropped my handful of seed on the path and moved on, taking pictures of the storm clouds moving fast across the horizon when I heard more fluttering near my ear.

Time to run for the car.

I looked up and this little titmouse was standing on a railing near me. I told him there was a bunch of seed just down the path, but he wanted something directly from me. 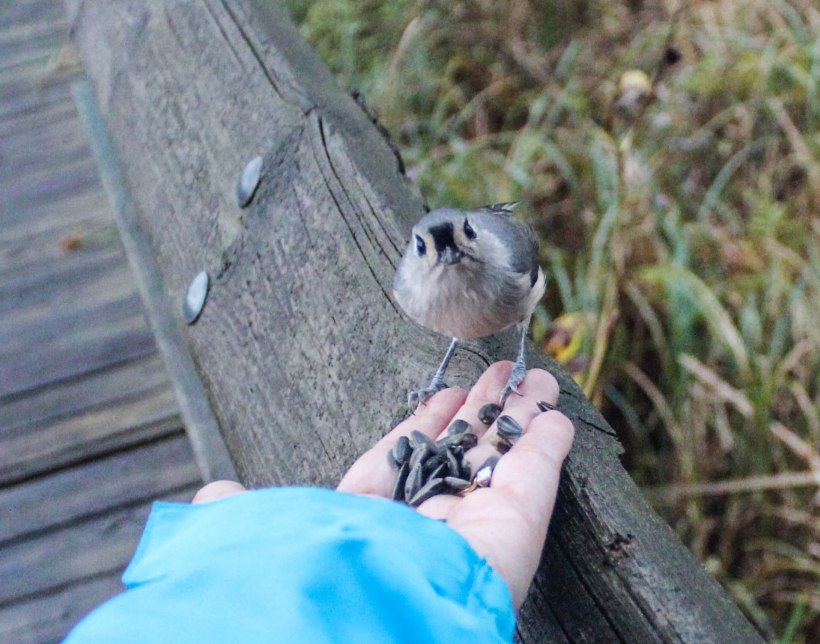 Hey lady! You’re keeping the good stuff in your pocket aren’t you!

So of course I offered him a little bit.

And this nuthatch showed up after I had emptied my pocket onto the ground. But he got his fair share even though he was late to the party.

Hey! I heard there was free food around here!

It was a lovely, if damp, walk but it wasn’t my Walktober. Oh no. It was just a warmup, a good place to walk out my frustrations about things outside the woods. And I figured you’d enjoy coming along with me, even if it wasn’t an official walk.

Katie was quite put out that she didn’t go, so this morning I took her out to two of her own parks. She says every time I take myself for a walk without her I have to compensate her with walks in two parks.

I guess I better not leave her home very often. She’s debating whether she’ll do the official Walktober. Last year she did. She got hers in way before I got around to mine, but she’s like that. She says if you’re not early you’re late. Little stinker.

Anyway….I hope you all will consider going for a walk and sharing it with us this month! I’ll let you know the dates as soon as I hear from Robin. It’s a lot of fun and we all are looking forward to seeing something from your part of the world!

And if you live near me…well….I’ll meet you in the woods!