Well, on my last travel post I thought we were ready to cross the border into Canada, but as I sorted through photos I realized there was still plenty to see in Minnesota. 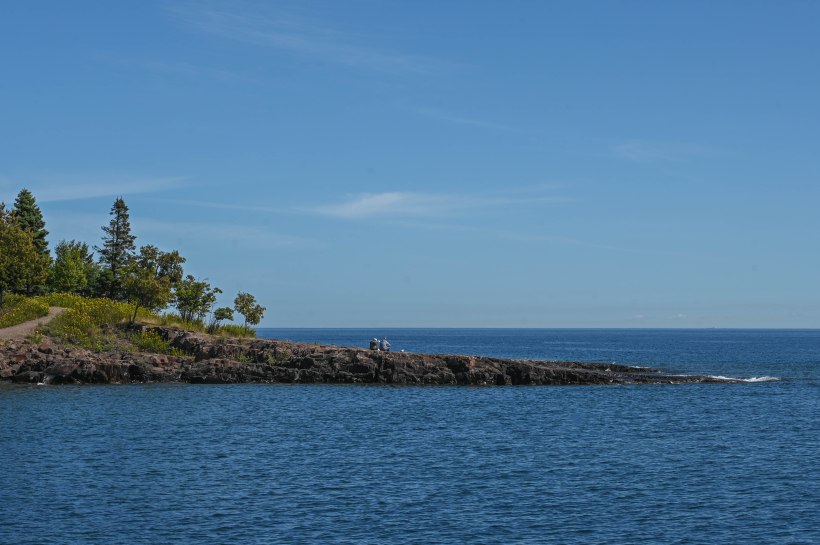 Unless this post gets really long there’s no way I can get you through Minnesota and all the way across the northern shore of Lake Superior and back to the border at Michigan.

Let’s just see how far we get.

I didn’t want to move on without telling you about Gooseberry Falls, north of Duluth.

I was fascinated by the exposed tree roots as much as by the falling water.

There are a couple of sets of waterfalls, all of them were beautiful when we were there. You could walk on the rocks very near the falls if you wanted, or stay on the trail. The trail took you further down the river where you could get a view of all the falls at once. 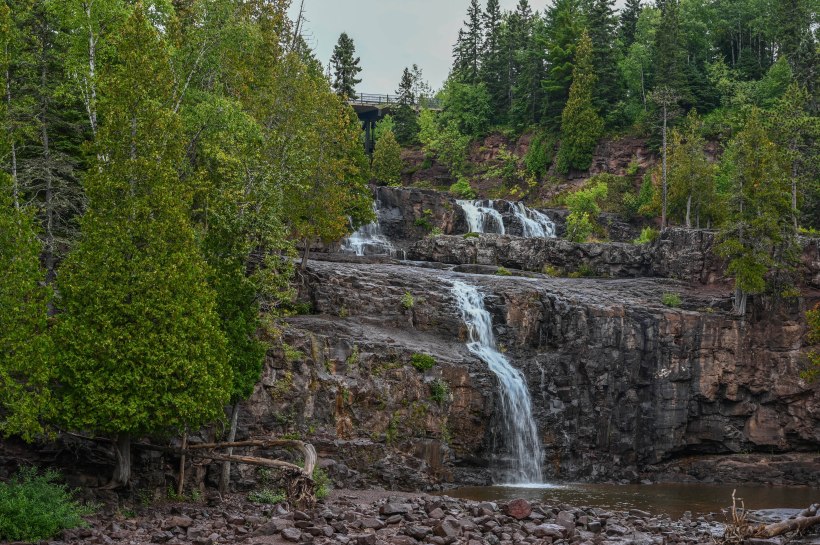 Most waterfalls we saw have upper and lower falls.

And even further north is Grand Portage National Monument. We stopped there because we were expecting an historical monument. Maybe a marker.

But there’s a beautiful information center…

One of the interior murals. 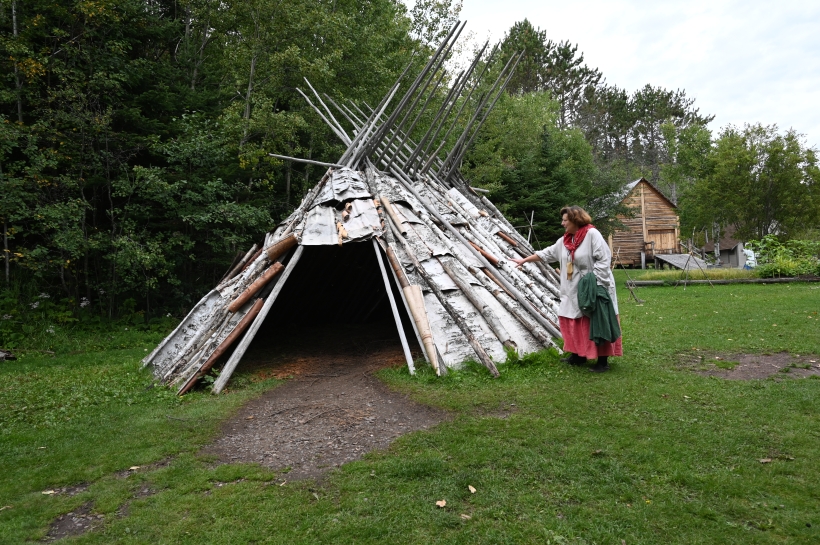 We explored the interiors of several buildings… 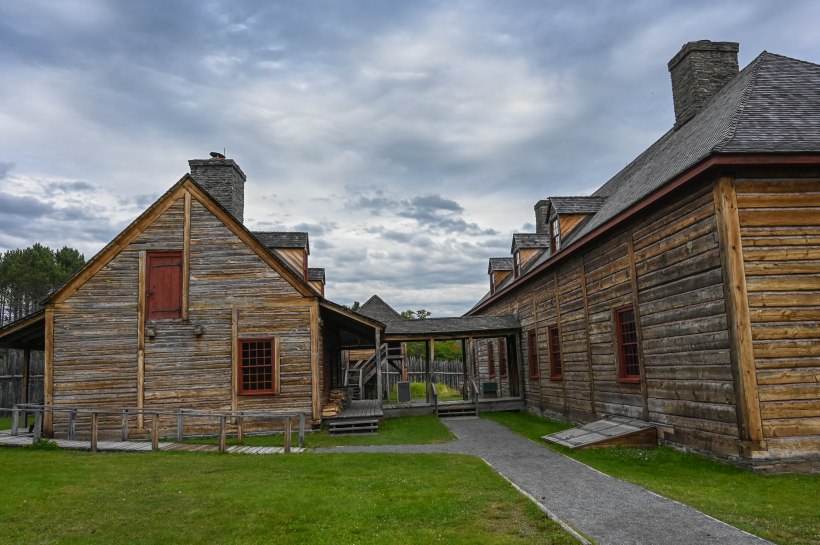 The kitchen and the dining room.

…and then the lake shore itself.

The gate down to the dock where boats full of goods would land.

I could have stayed out on the dock for the rest of the evening.

Such a beautiful evening. The clouds were perfect.

It was getting late and we were almost to the border, so reluctantly we moved on.

But wait! There was another set of waterfalls, on the Pigeon River, in the Grand Portage State Park. The river makes up the border between Minnesota in the United States and Ontario Canada. Should we stop? It was chilly and starting to rain. It was late in the evening and getting dark.

Of course we stopped.

There weren’t many people out there, but the walk was relatively short, maybe only half a mile back to the falls. We hurried as the rain came down harder.

The High Falls on the Pigeon River.

We could hear it before we saw it. The falls were magnificent, and we were glad we made the trek. The walk was on a paved path most of the way, not difficult at all, which made it easier for us to sprint back to the car.

Now we’re ready to head into Canada! But that will have to wait until the next post. I think that blogging while sleepy could be a problem.

And you know I’m all about safety. Stay tuned.

Surprise, there are more waterfalls in Canada!

9 thoughts on “Almost to Canada”