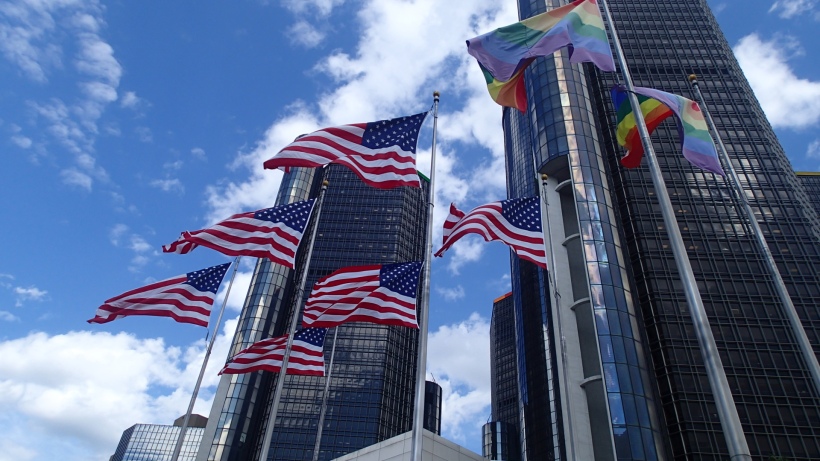 Proud to be an American.

Oh the benefits of retirement! For the past week we’ve had two of my siblings visit and instead of me heading off to work while they go exploring I’ve been able to enjoy the beautiful weather and fun sights right along with them. Each day we did something different, and if I weren’t headed out again today I’d try to show you all of it. But, given limited time, and your limited patience, I’ll just share with you the day we spent in Detroit. As you’ll see, it was a long and varied day.

Our first stop was Belle Isle, a park on an island in the middle of the Detroit River. There’s a giant fountain on the eastern edge of the island and it’s very beautiful, but when I looked at my images once we were home I was fascinated by this shot – the spikes of water shooting up into the blue sky.

Look closely at the ribbons of water.

The shot doesn’t show the whole fountain, but you can see that anywhere.

There’s a beautiful glass arboretum on the island. We stopped to visit, but it was only open Thursday through Sunday. We were there on a Tuesday.

Historic building glowed when the sun came out from behind clouds.

Still, it was beautiful and the grounds around it are gorgeous. 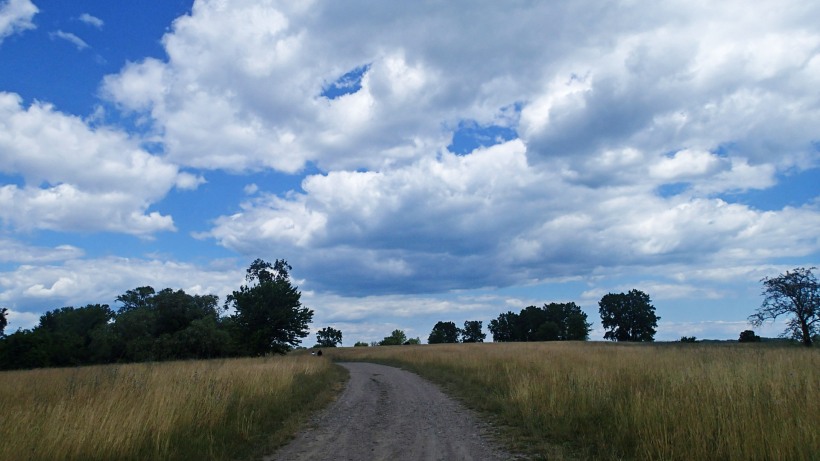 Such a beautiful day.

…where we found a functioning lighthouse. Another historic building, just beautiful in the sun, standing majestic under the shifting clouds.

Been standing there for years warning ships that an island lives in the middle of the river.

After spending several hours on the island we went back to the city and parked along the waterfront. It’s been developed into a beautiful walkway, part of which travels behind General Motors’ headquarters.

People working here have a pretty cool view from their offices.

From the Riverwalk we watched ships travel the river between Great Lakes.

Afternoon light made this ship glow.

Across the river is Windsor, Canada. We waved, and her flag waved back.

Up in town, Joe Lewis’ fist waited to great us.

Showing the strength of Detroit.

It was a beautiful day, the day after hundreds of thousands of people had been at Hart Plaza, right where we were standing, enjoying the fireworks. Already the plaza had been cleaned up. 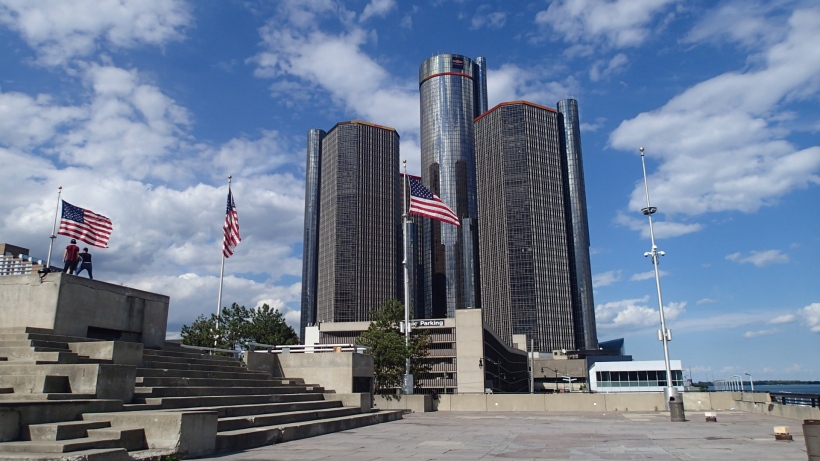 Such pretty colors, the sky and the flags.

Then we took the People Mover, an elevated train, over to Greektown for dinner.

Along the way we saw a lot of the city, and watched progress being made on another new building.

We had a great dinner at Greektown and then headed back to the river and the car. 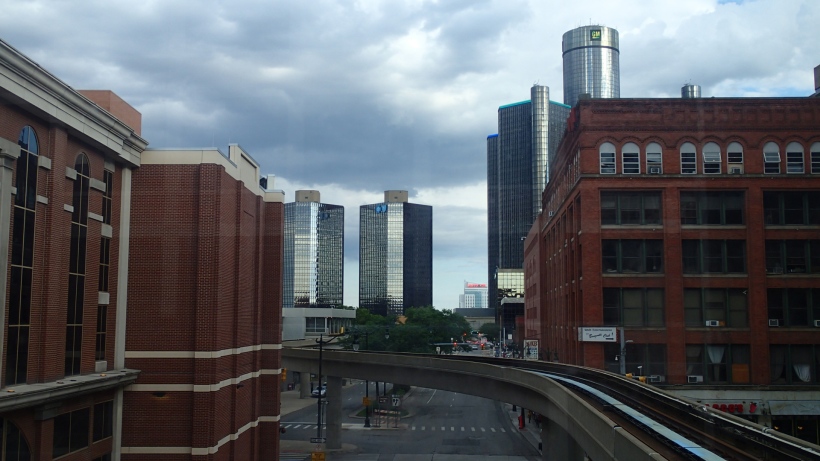 Waiting for the train and enjoying the view, all the way across the river to Windsor.

Detroit is on the move…we enjoyed our visit, but we had to move on too. My Fitbit recorded 19,000+ steps. Our feet were tired, our bellies were full, time to head for home. Another great day of retirement was in the book.

I’m looking forward to the next adventure!

Skyline from the train.