This week’s WordPress photo challenge is show ‘abandoned.’  Lots of things ran though my mind immediately.  There’s an old rusted truck  out by the main road and I thought I might do that.  And I will someday.   But as I thought more about the word abandoned I began to feel the city of Detroit pulling me.   Some of you probably know the city is in bankruptcy, the biggest city in the United States to head down that road.  There’s been a lot of abandoning that has happened in the city in the past many years, but hopefully the path is becoming clearer for the emergence of a new, brighter city.

There’s one building that stands, for me, to represent the abandonment of Detroit by so many.  I’ve always wanted to go downtown and photograph it, but it’s a little daunting.  Scary too.  So I haven’t.  This weekend I decided to drive down before our weather gets worse and just see what might be possible.  Turns out there were lots of people out and about right there, going to some event down the street.  So, though I wasn’t able to get really close as they have it all fenced off I was able to get a few shots of the abandoned Detroit Train Station.

What a magnificent building this was in its day and what a shame that it has come to this.  You can see photos of the inside here and imagine what it once was.  It’s totally gutted now.  When you’re further away from the building you can see daylight all the way through it, from one empty window through to the empty window on the other side.  This year they hung giant lit snowflakes in some of the windows.  I hear it was pretty at night. 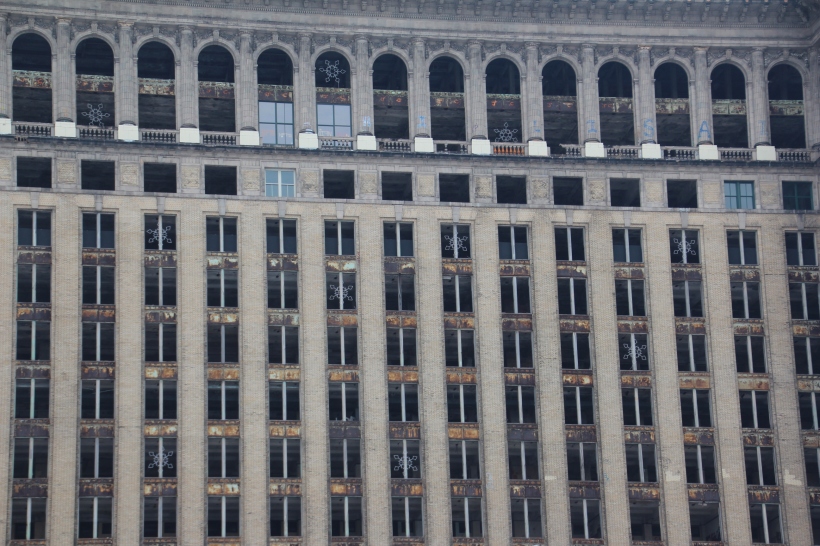 Then I turned around and saw an old hotel, probably the place people landed when they arrived in Detroit and first stepped off the train.  It’s been abandoned too, though not by the graffiti artists.

And next door to the hotel was an abandoned house, you can still see the good bones of it hidden under the boarded up windows. 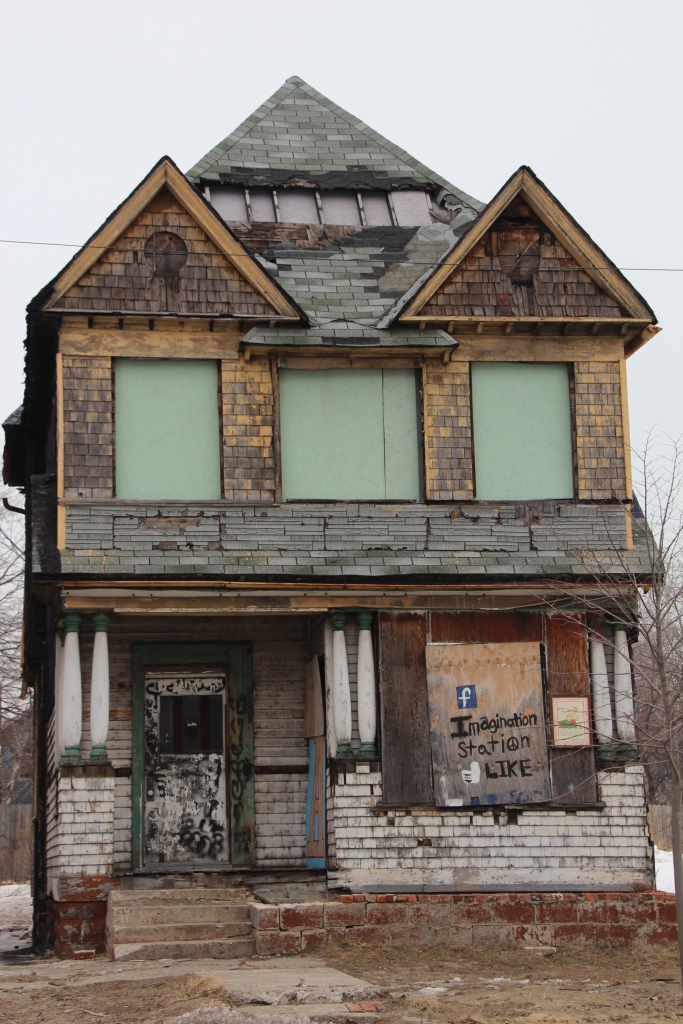 Around the side of the house was this,  which epitomizes abandonment to me…the abandonment of hope.

Someone had dreams here.

There’s so much more abandonment in this city;  I saw it everywhere as I scurried into downtown and back out to the illusion of safety in the suburbs.  It needs a braver person than me to document the pain there, and to document the return to life of what was once a great city.  I’d love to do it, but it’s just too darn scary.

You can find more photos by creative people that represent “abandoned” to them, up at the first link at the top of the post….or here and here and here are a few of my favorites.