We began our adventure under a dark and ominous sky.

There’s a new park, located about an hour north of here, billed as a walk in a tree canopy. Intriguing. Plus it seemed perfect for a Walktober.

So this week we went. 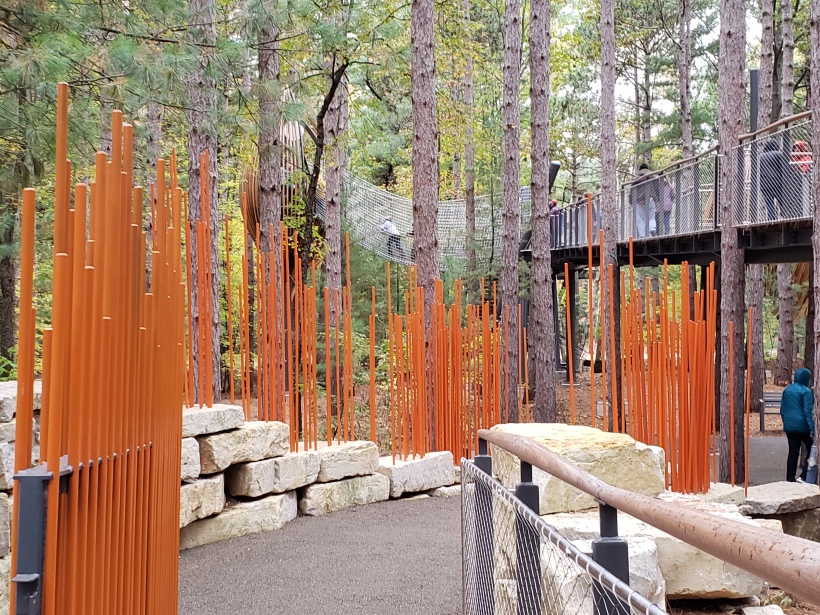 We thought if we went during the week crowds would be less. And maybe they were; if you want to go on a weekend you have to purchase your tickets in advance so the crowds must be pretty thick on Saturday or Sunday. 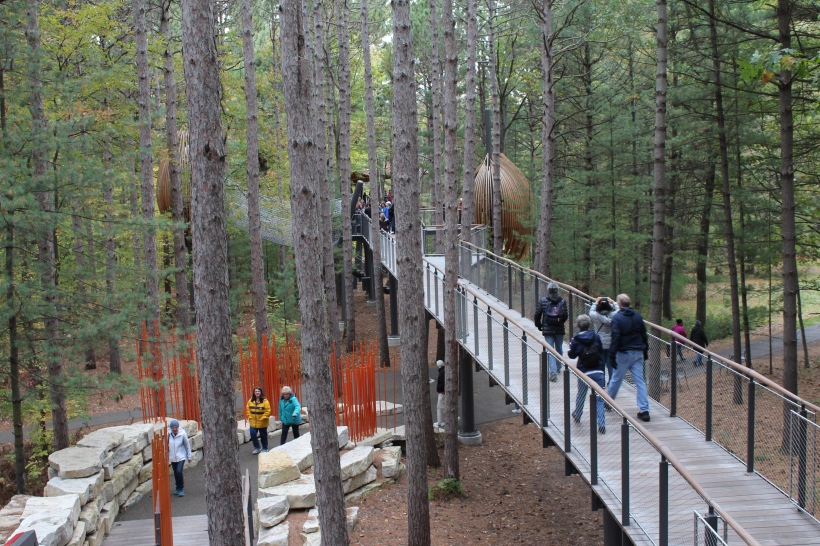 The ramp circles up from below, so the walk is accessible to anyone using a walker or a wheelchair.

But even on a Friday afternoon, and though the sky was dark and the wind was brisk, plenty of people had ventured forth to explore the new park.

A busy day at the park.

Walking between the pods.

Along the elevated pathway were two pods made of curved wood. The docent said they were designed to represent curled queen anne lace flower buds.

The Docent likes bugs. (That’s a pin on her hat, it’s not real.)

One of them was connected to the main path by a net which had people lined up to cross.

And out on the end of one of the walks was a play area filled with similar netting for people, kids and adults alike to rest or roll around, depending on your mood.

It was pretty up there, I think it would have been even nicer very early in the morning on a sunny day with the light playing down through the trees.

Not really in the canopy, but still fun.

Down below the structure are paths, some paved, some softened with fallen leaves and pine needles, through the forest. 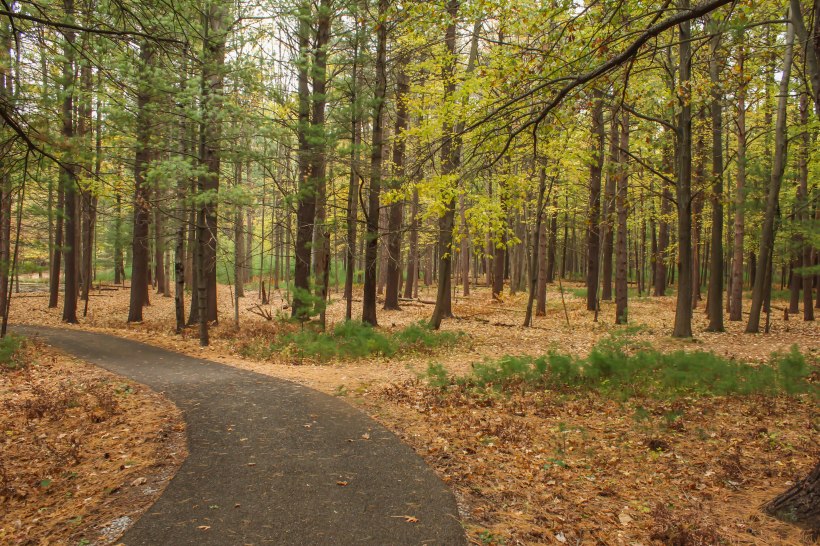 There were fewer people there, and immediately I felt more at home. Walking among the treetops was fun. Walking between the trees was comforting.

Viewing those still up top who were enjoying the view.

There wasn’t a lot of color yet, most of it was on the ground in the form of fallen maples leaves.

Even on a rainy afternoon the color was nice.

But it made for some fun photography.

Not exactly what I was going for, but I sort of like their blur.

We had a really good time walking in and around the trees. 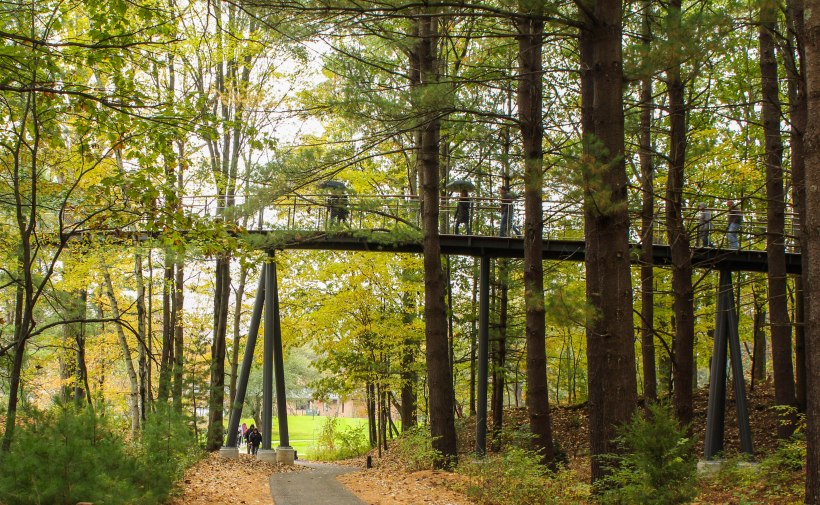 If you’re ever near Midland Michigan check it out. The elevated part isn’t that long, but it’s interesting. And if you have children they’ll have a blast. 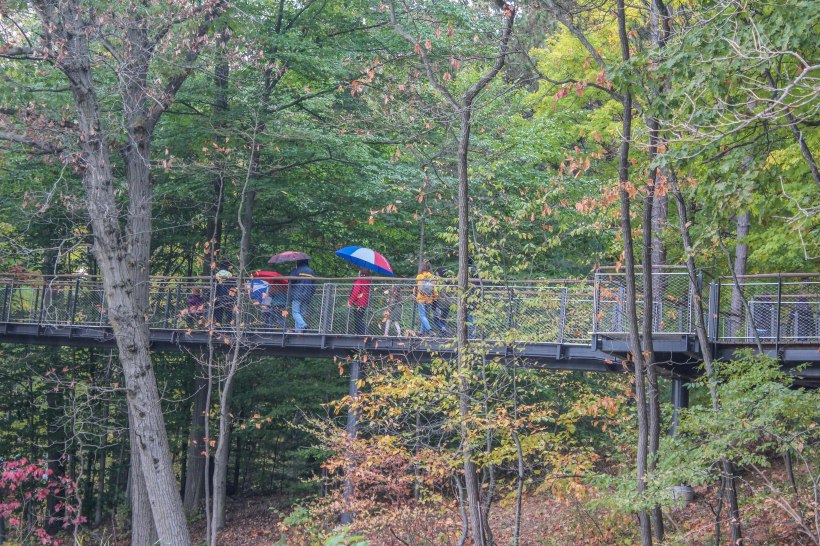 Subtle colors enjoyed by people who bring their own colors along too.

But make sure you also take time to wander the woods that surrounds the structure. That’s where the real magic lives.

PS: Look around, I bet you have somewhere pretty or interesting or both near you. Take a walk. Take a couple of pictures. Post it and link it to Robin’s Walktober post (or any of her posts). We’d all love to come along on your Walktobers!

PPS: Our park in Whiting Forest is located right next to Dow Gardens, and our $5 ticket gained us entrance to both. I was going to include that walk in this post, but I think it deserves it’s own. So stay tuned. Here’s a hint:

Where does this curving path go?

40 thoughts on “Walktober in the trees”