Something horrible happened in this beautiful place.

We’ve all seen them, those markers of loss by the side of the road. Do you wonder about the person they represent? When a new one appears do you feel a sudden stab of emotion? 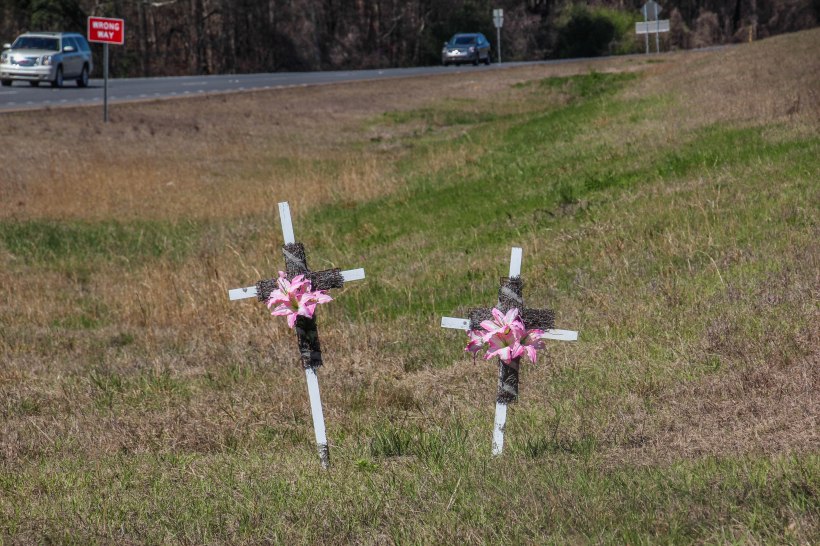 Sometimes these memorials act as reminders to drive safely.

I think I’ve always unconsciously noticed the markers, but ever since my dad was killed on a Georgia freeway I’ve been more aware.

I don’t know who this was, or what it symbolizes, but I nod hello when I go by.

Because I know we as a family wanted the spot that dad died be marked. A life changing event happened there and it seemed wrong that the road returned to normal almost immediately after. That thousands of people passed by and no one knew what an extraordinary place it was.

Somehow you want people to know.

Sadly, turned left in front of a truck.

So for a few years I’ve stopped at roadside memorials, wherever it was safe to do so, and taken a picture to document the name and dates.

The driver lost control, she was ejected from the vehicle.

And back at home I’d try to find something out about that person. Sometimes I’d find a report of the crash, or the obituary.

See the gash at the bottom of the tree? I think she became an angel right here.

And then, each time I passed the memorial I’d remember that person, sort of an acknowledgement of their existence, a bit of sorrow at the way they left. 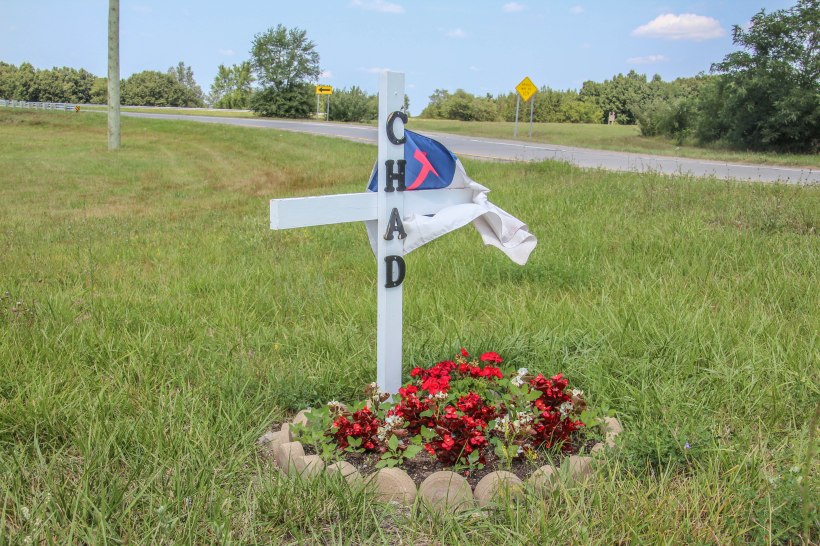 State trooper hit by vehicle pulling a trailer, dragged to his death.

I think that’s what the families want, to keep their loved one alive in the minds or hearts of people.

It’s not always a religious symbol.

I feel sad for all of them, but none so much as the young ones. The young drivers, the children who happened to be in the vehicles. 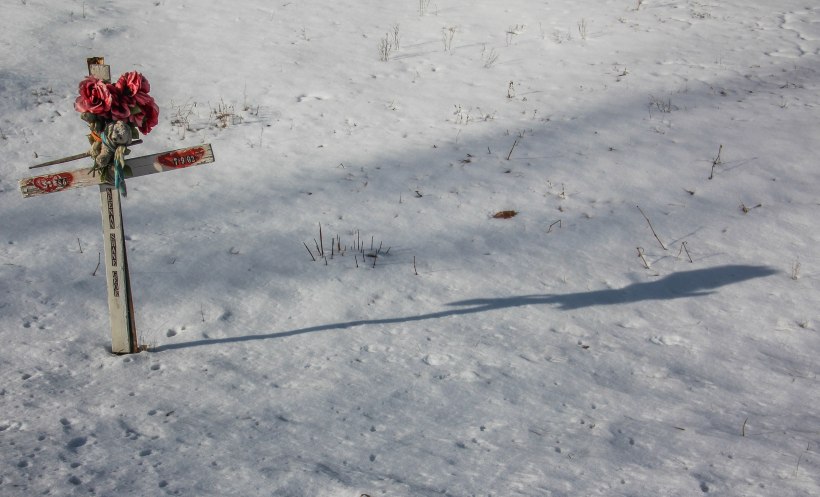 A young driver, he crossed the center line on a curve.

There seem to be so many of them. 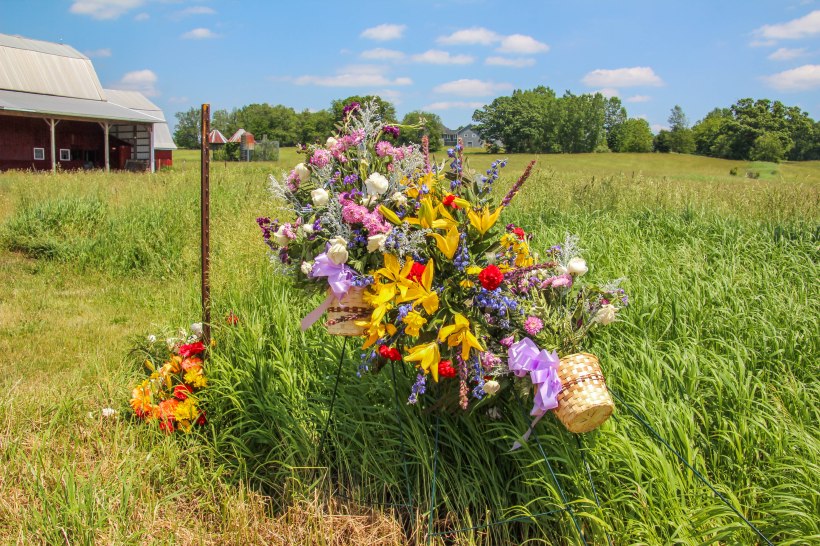 Nothing permanent, just left the flowers from the funeral. Motorcycle hit a deer, then a car hit him.

So what, are you asking, did we do at the site of the crash that killed dad? It’s on a very busy piece of freeway, about an hour west of Atlanta, right at a truck weigh station. We knew we couldn’t safely stop there for much more than a moment.

Some crashes happened so long ago, but family never forgets.

So we concocted a plan.

We bought three bags of daffodil bulbs, loaded up into the car with a pic and a shovel and drove there one rainy afternoon. We pulled over as far as we could, piled out of the car, hacked a hole in the soil, tossed the bulbs in and covered them up as fast as we could while cars and trucks streamed by. 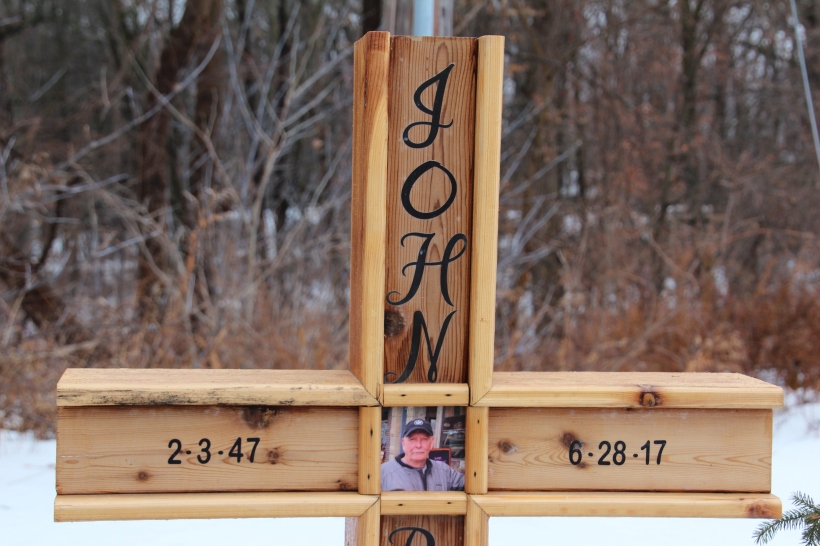 Some are so recent.

In the fourteen years since, I’ve rarely been in the South at the right time of year, and never have I taken the more than hour drive from the lake over to the crash site to see if they’ve survived.

The loss of small children breaks my heart.

But last spring I went.

And the road was still as busy, several lanes of trucks and cars flying by. Lots and lots of trucks on all sides of me. I couldn’t really take a long look. But out of the corner of my eye, as I passed the site I saw something. 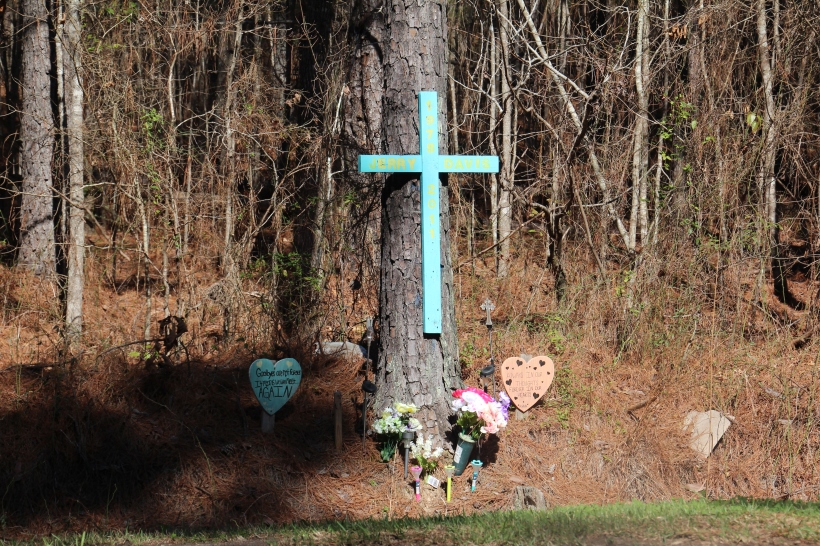 Waiting in the dying light to offer solace.

Just a simple flash of yellow, there below the guardrail.

I’m not sure how many daffodils were in bloom, I think more than one. To be honest it could have been a yellow solo cup, but that doesn’t matter. What matters is that for a brief moment, driving down that freeway, my heart sang and I smiled.

So many stories lost.

So if the daffodils really bloom, there along the highway every spring, then I have to think a few other people have noticed them as they speed past. And maybe they smiled too, and wondered at their meaning.

And I think dad would have enjoyed the beauty and mystery of that.

10 thoughts on “So they aren’t forgotten”