Come along with us and we’ll take you on a quick trip through Calumet Michigan. What? You say you’ve never heard of Calumet? You didn’t know that at one time, long ago, it was on the short list of cities to be named as the capital for the new state of Michigan?

Back at the turn of the century (no, not the new century just 18 years old, but the century beginning one hundred and eighteen years ago) Calumet was a mining mecca and making big bucks. In 1900 there were just over 4600 people living in the village, copper was king, and the living was good. At least for some.

The Calumet Theatre was opulent, and still is today. 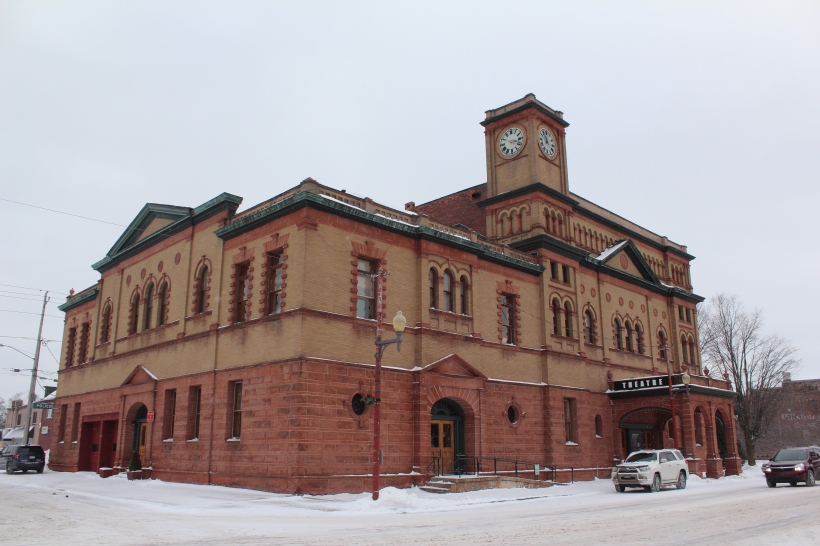 The opera house, city hall and today’s police department all housed in this historic structure.

The theater has been restored, and you can take a self guided tour for $4.00.

From the balcony, a hint of the beautiful interior.

Aside from theater, Calument also had (and still has)many bars. One of the most famous is Shutie’s. It’s been there a long, long time. 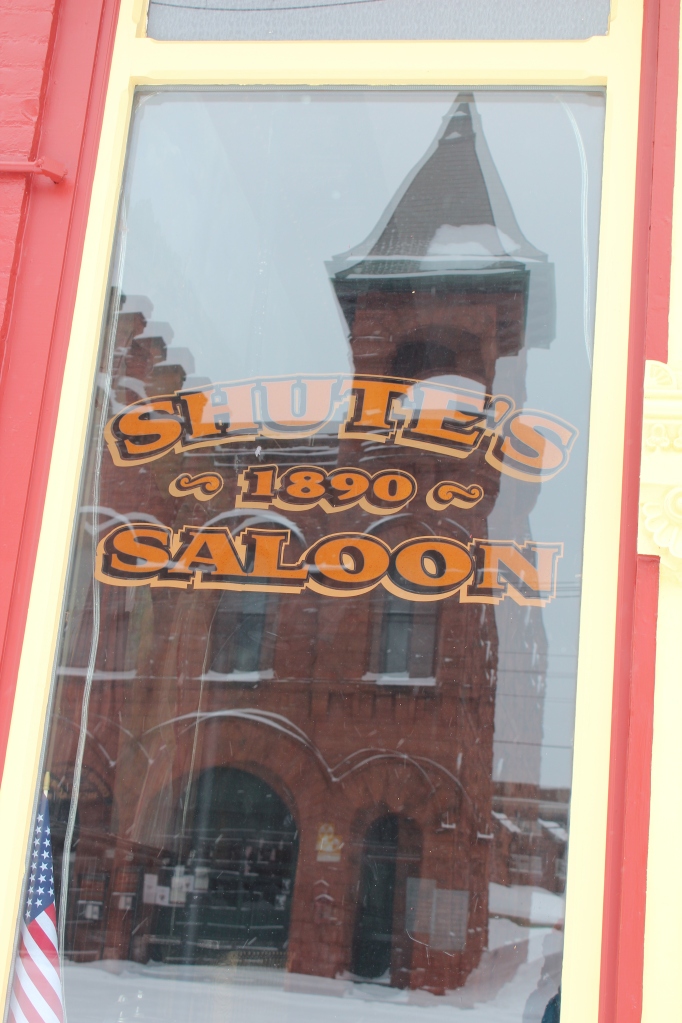 Inside you’ll find the original wooden bar, a giant and beautiful stained glass fixture hanging above, and a mirror that reflects a huge mural painted in recent years that stretches along the opposite wall. 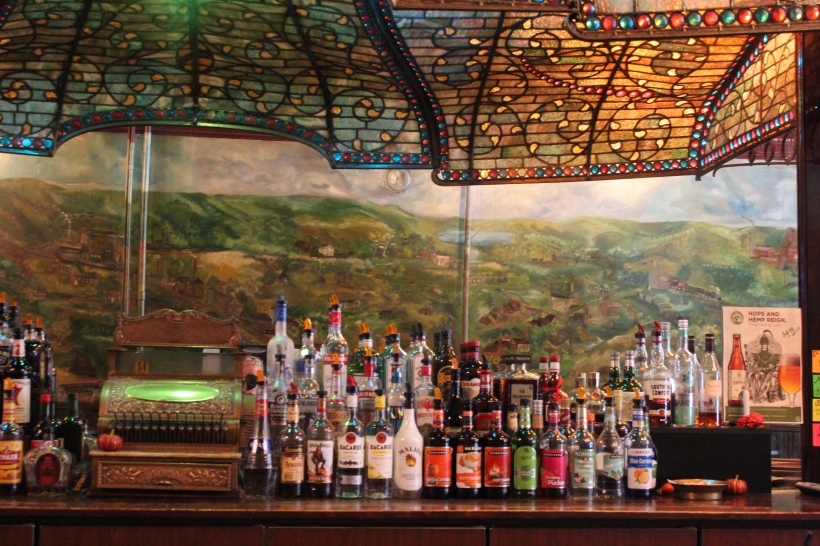 Just think of all the people who have bellied up to the bar here over the years.

We stopped in to warm our toes and fingers with a drink. For old times sake.

Warming up for our next adventure!

Today there are just about 700 people living in the village, a steady decline in population over the years as mining activity dried up and people left to find work. Tourism is a main source of income now, but still the area struggles.

Only the pigeons live here now.

So much has been lost to disrepair.

These were once fancy apartments.

Still, much has been preserved too. 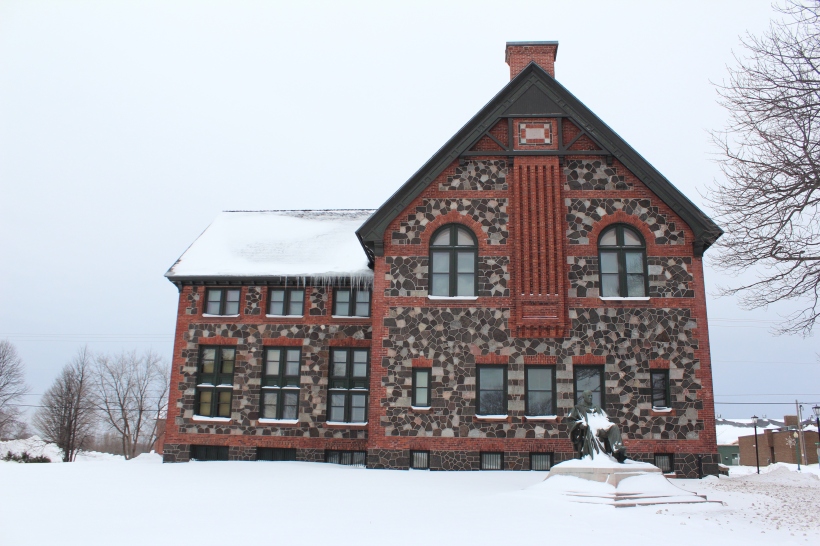 The park service works out of this building now. Beautiful stonework from the 1900s.

I have several images of the archeticture in Calumet to share, but I’m in a hotel with slow and unreliable internet. So I’ll save those for another post. We’ll be traveling tomorrow, on our way home. But when I can I’ll show you remnants of the copper mining industry itself.

And yes, you’ll get to see a few (or more) images of today’s trip up the Keweenaw Peninsula and Lake Superior too.