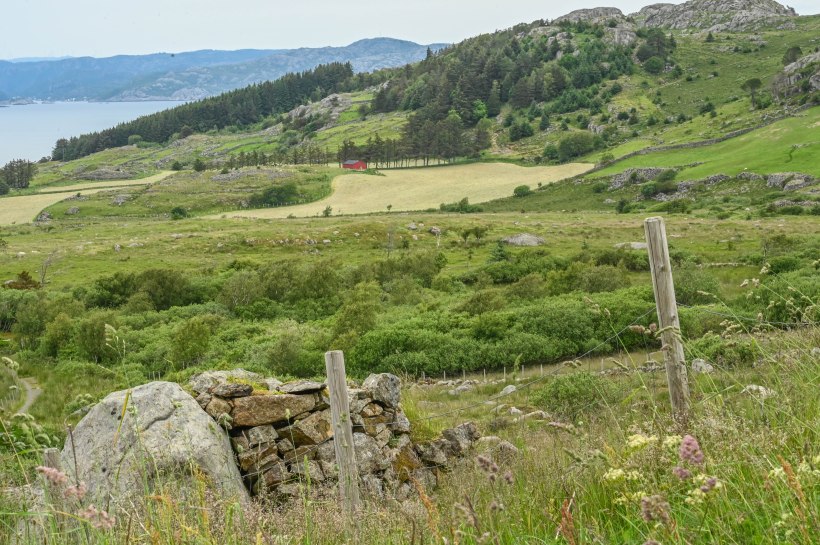 The red barn in all that green caught my eye.

The flowers were similar to what we have here in Michigan, but that’s just about all that was. We took several day trips exploring the Southern end of Norway, all of it pretty rural.

I especially enjoyed a car trip where our host graciously stopped whenever I asked so that I could pop out and take photos. 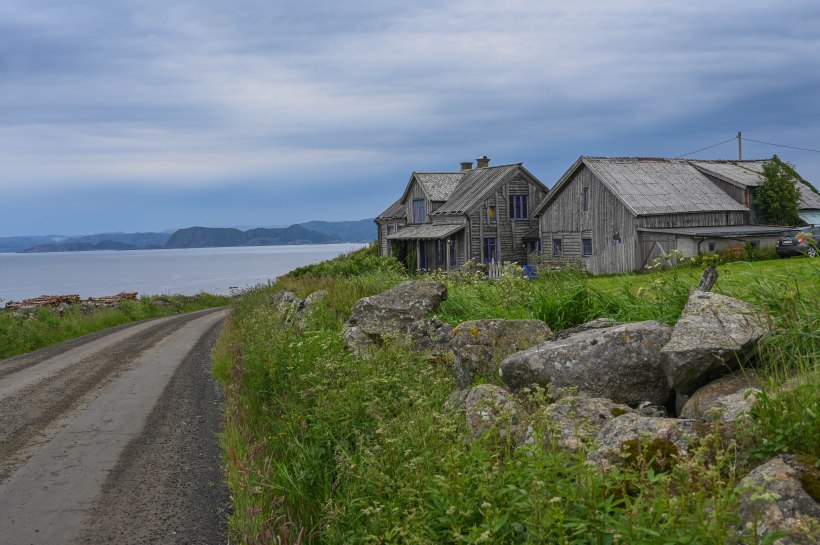 I thought this was an abandoned house along the coast, but it’s a new build, just meant to look old.

I’m sure by the end of the day he was quite ready to park the car at home! But just look what beautiful places we saw! 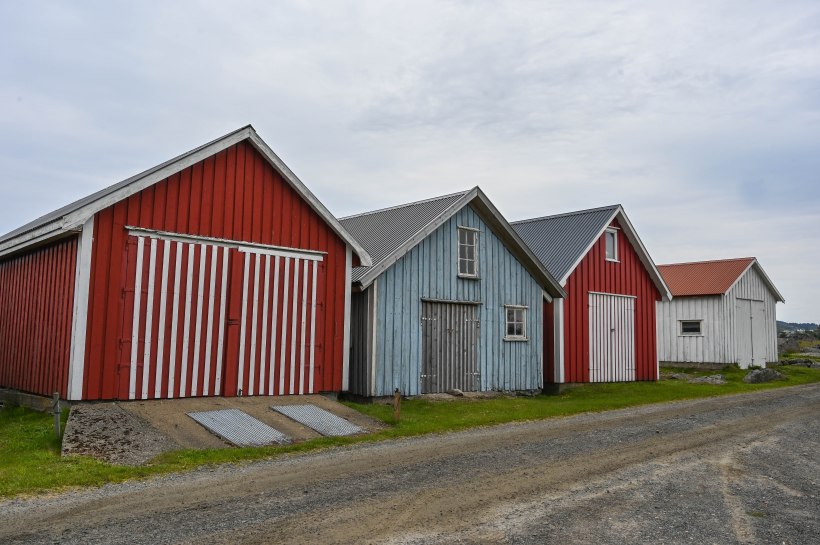 Boat garages near a boat ramp.

The coastline was rocky but far more level than further inland. There were a lot of farms, complete with beautiful little (and sometimes large) barns and rolled bales of hay that looked like large marshmallows dotting the countryside.

Another seaside village just begging to be photographed.

Another day trip took us to this scenic seaside village full of white houses, so cute I could hardly stand it.

White houses, red roofs, the town shone even without the sun that day.

And then there was our walking tour of Farsund, a larger town quite near where we were staying. 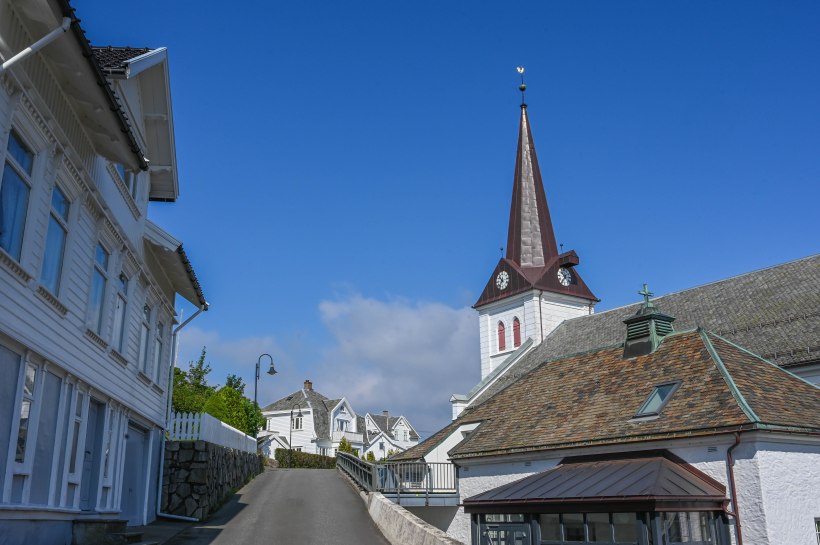 We had a pretty day to walk the town.

With it’s steep roads and even more steeply pitched roofs, it reminded me of towns in Michigan’s Upper Peninsula.

Farsund is a sea port.

I enjoyed getting a closeup look at this place. So many pretty things to notice.

No air conditioning required in Norway.

I haven’t shown you nearly enough…

An alpaca farm near the coast.

…there’s so much to see.

The village of Faed, tucked up against the mountains was where my husband’s grandmother was baptized.

I haven’t even shown you the lighthouses, the churches or the mountaintop. I don’t think I can share it all.

I hope, if you get a chance to go you don’t hesitate to grab the opportunity to see this beautiful country.

The only sunset I saw, but it was spectacular.

Meanwhile in the next post I’ll show you lighthouses. Or churches. Maybe a little of both.