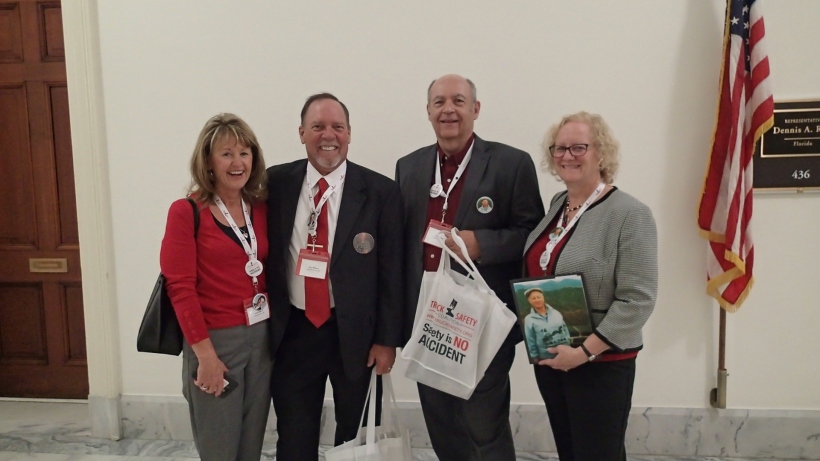 At the last conference, with good friends who’s son was killed.

I’m gearing up for this weekend’s conference here in D.C., just got the roster of attendees along with a synopsis of the truck crashes that changed their lives forever. There are thirty-five families coming, eleven of them are groups or individuals I’ve never met. Of those attending, the most recent crash was this past January when a 30 year old was struck and killed while working alongside a road.

Not quite six months ago.

Would you be strong enough to attend a conference about safety issues if your son had been killed just six months ago? It shows the level of love and resilience these people have that they’re willing to be hurt again as they tell the story, as they tell it repeatedly over the next five days.

I doubt any of us realized how strong we really were when we began this journey. And it’s my goal this weekend to show them how strong they are. And to cushion the pain just a bit as they join us in the fight.

Change is hard here in D.C.