I like site #16 at our local state park because it’s always filled with birds, many of them different than the birds that visit my feeders at home. 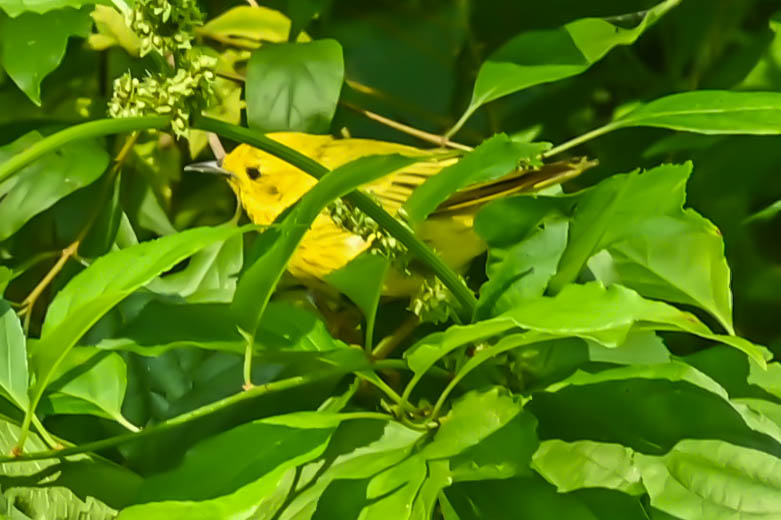 Camping there this week without Katie to distract me or them, I sat quietly through most of a day, camera in my lap studying how they worked the shrubs for food. There was wild cucumber as well as wild grapes winding their vines all over, and though the fruit wasn’t ripe, they seemed to be enjoying it.

I don’t know if this is the same bird, see the black around it’s eye?

This little yellow warbler worked his (or her) way up and down the branches, picking off green fruit as it went. 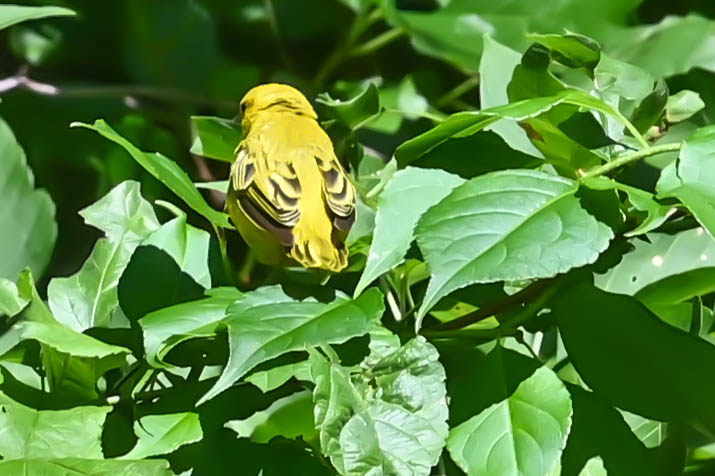 Giving me the cold shoulder.

I couldn’t get a good image, because it never stayed still, and mostly hid behind at least one layer of leaves. It would pop out for an instant and then be hidden again. 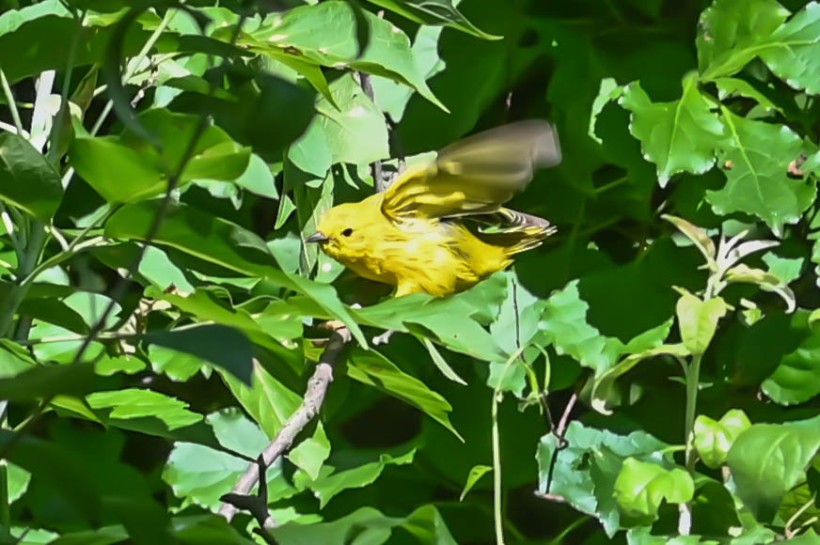 I tried for hours.

While I was concentrating on the little yellow bird I noticed a robin hopping around near my feet. Sometimes he’d stop and stare at me, and I realized I had a big container of blueberries open in front of me.

Hey lady! You got anything good over there?

Did he want one?

Well of course he did! Obviously he has been successful begging campers before.

The whole three days I was there a robin stopped by and begged for a treat. I don’t know if it was the same one, but at least once there were several be-bopping around.

And I had this visitor, I don’t know what this is, but he (or she) stopped by a couple of times.

He’s got a dark patch on his head that you can’t really see here.

And this one….this one seemed interested in the blueberries and chased a couple of them down when I tossed them his way. But he didn’t eat any of them. I don’t know what he is either. 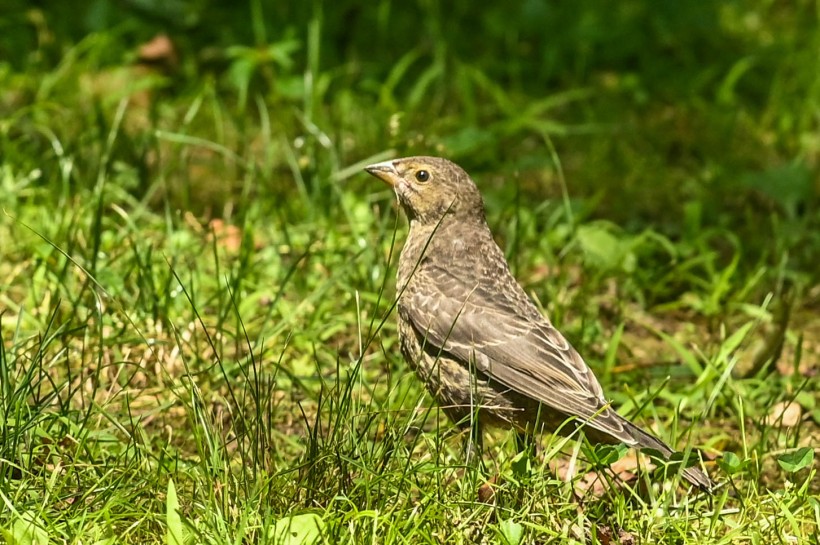 About the same size as a robin, but slimmer. Maybe because he doesn’t eat blueberries.

At one time there was a perfect shot, he flew up on top of my tent with a small insect in his mouth, but of course my camera was over on the picnic table so I just watched him as he watched me.

Maybe a young something?

None of these bird pictures are great. I have excuses, the light was low, the birds were fast, I didn’t have the right ISO or shutter speed. But it was good practice for me and I’ll try again soon.

Meanwhile if you know what those last two birds are, let me know!