Well, the week was spent mostly in DC and was very busy and full of stress. But once the work was done on Tuesday I had plenty of things to smile about. 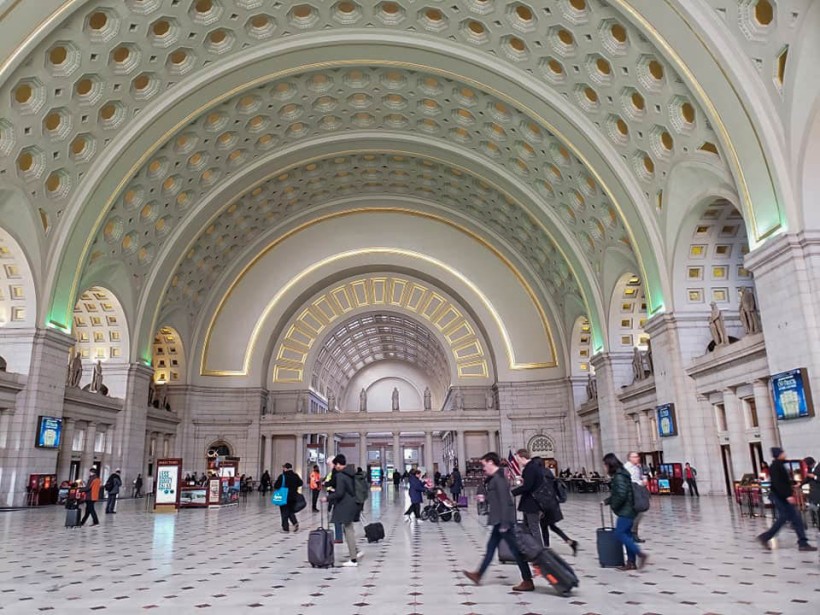 I didn’t take my camera with me, so all the images I post today were taken with my phone. I had fun with the phone, you can take pictures of people easily because no one notices you messing with a phone. 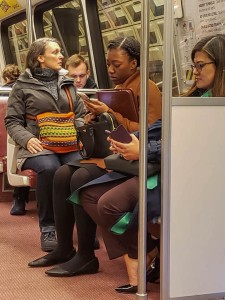 Everyone going to work.

And someday I’d like to do a whole series about people on the Metro. I suppose there’s something less then honest about taking pictures of people without them knowing it. 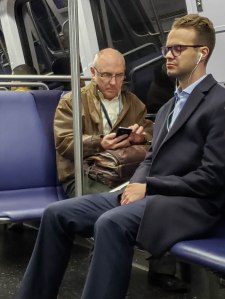 But I captured the images I did because the people caught my attention, both because of their diversity and because they were interesting. I love people watching on the metro. I’m hardly ever really on my phone there, I’m usually watching and sometimes snapping a shot.

Another thing I love about DC is walking at night. The monuments are, of course, beautiful, but we didn’t visit them this trip. We did, however, see other beautiful things.

Coming up out of the Metro at Judiciary Square. I love the lines.

A lot of the buildings are lit up and glow against the sky.

It shines more at night then during the day.

And the play at Ford Theatre was so good. It held my attention even though we were sitting so close to the box where Lincoln was shot. That usually distracts me, but not during this play. 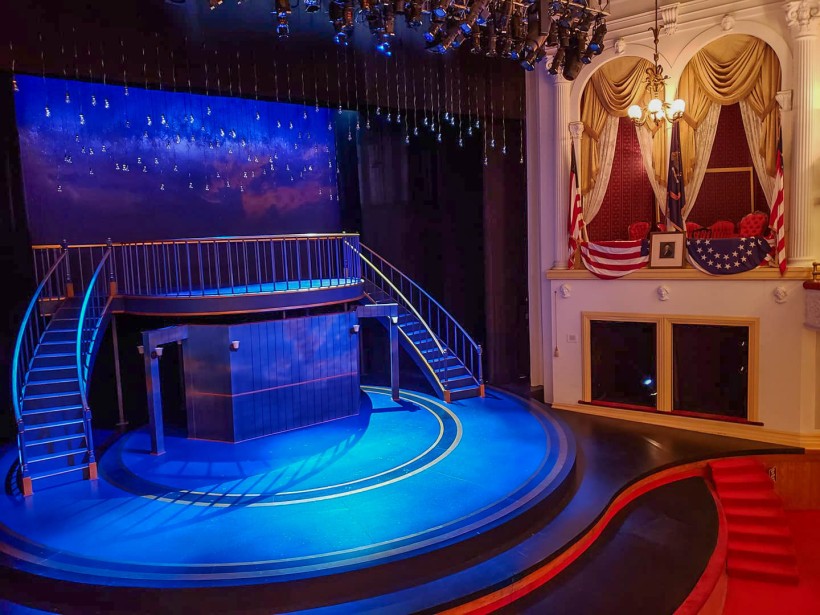 The night time set contrasts against the lit box where the President was shot.

It was called “Silent Sky” and was about a woman in 1900 who mapped stars but couldn’t take credit for her work which eventually was used in the Hubble Spacecraft.

And still more I love about DC – the Metro. I know the locals don’t like it.

Late in the evening, not many people riding but I like that lone person on the escalator across the way.

There are lots of breakdowns and while we were there it was raining and there was more than one leak in the ceiling. Still….it got us where we wanted to go efficiently and quickly. And did I mention the people watching?

In fact, people watching is good all over the city, even in the museums.

Sitting next to her quiet friend.

No matter where you look there’s something fun to capture.

When I first saw this both guards were leaning on their side of the wall and I thought, for a moment, it was a mirror.

And the museums themselves are pretty awesome, and free. 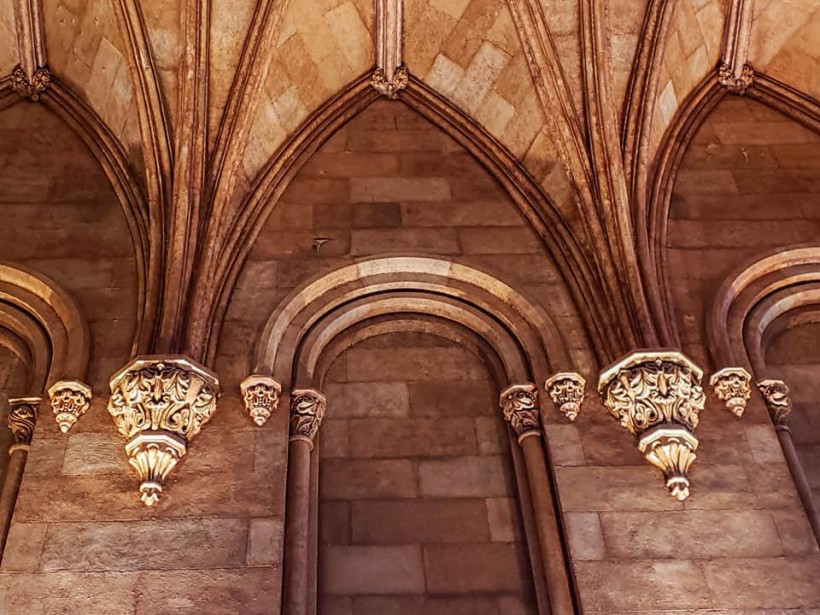 Inside the castle visitor center for the Smithsonian museums.

It’s a wonderful city, Washington DC, if you can ignore the lack of production happening there.

There are great lines in the architecture everywhere.

Everything that is not political made me smile this week. I hope it made you smile too!

And the food is good too!

16 thoughts on “What made me smile this week?”