Here I am, still trying to catch you all up. It’s hard when there’s so much to see. I’ll try not to rush you, but really we need to move along.

The view from the visitor center located on the rim of the crater, looking back over the desert.

So let’s visit Meteor Crater near Winslow Arizona. It’s a natural landmark that is privately owned by the decedents of the man who homesteaded the area way back in the 1800s. 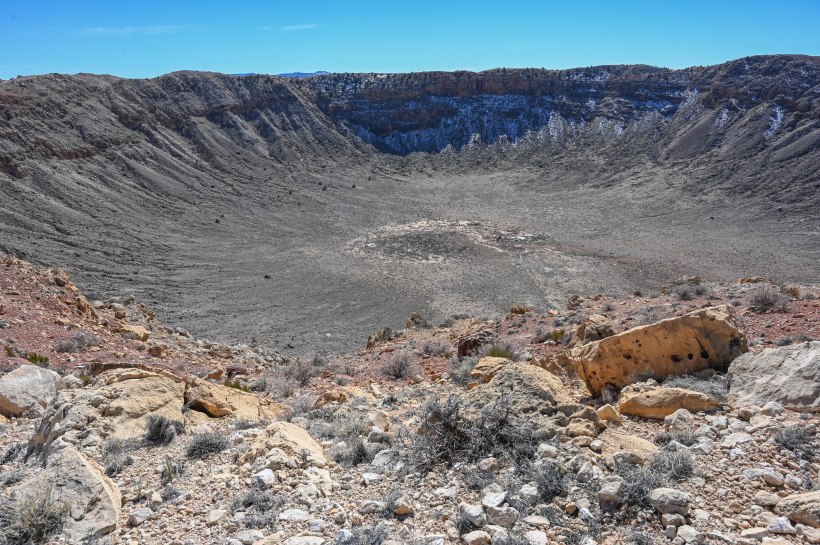 Wind erosion is slowly filling the crater in.

There’s an information center with a movie about the discovery and exploration of the crater over the years, a very large fragment of the actual meteor that you can touch, and guided tours along the rim.

I remember visiting when I was a kid, maybe in the late 60s. It’s much the same, though the guide told us there has been significant erosion which is one reason they don’t let people wander on their own there anymore.

Following our guide to the next point of interest.

Even though it’s kind of expensive, it was $20 each for us, a $2 discount because we were over 60, it’s worth going if you’re ever out there.

Not far down the road is the Southern entrance to the Petrified Forest. You would be remiss if you didn’t check it out.

It’s important to protect yourself from the sun here in Arizona, even in February.

We got in on my husband’s National Parks pass, definitely worth the money spent when you’re out here, we have used it several times already. 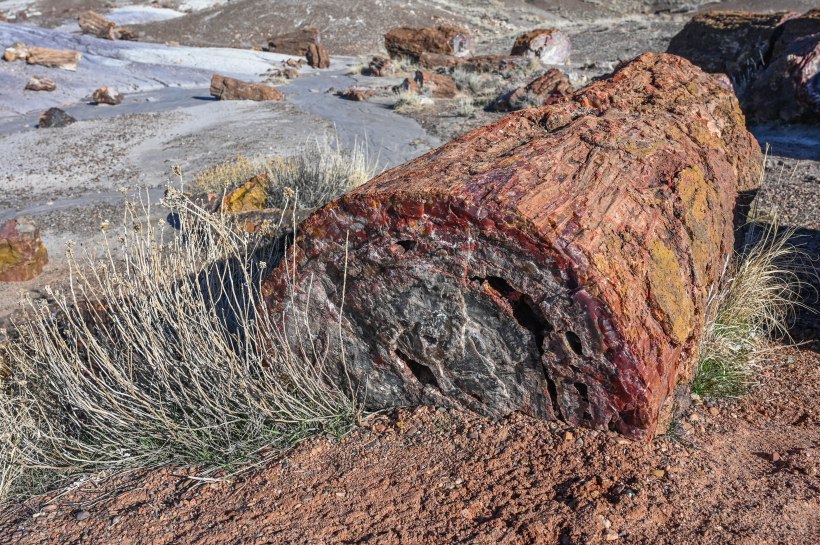 One of the first logs I fell in love with. 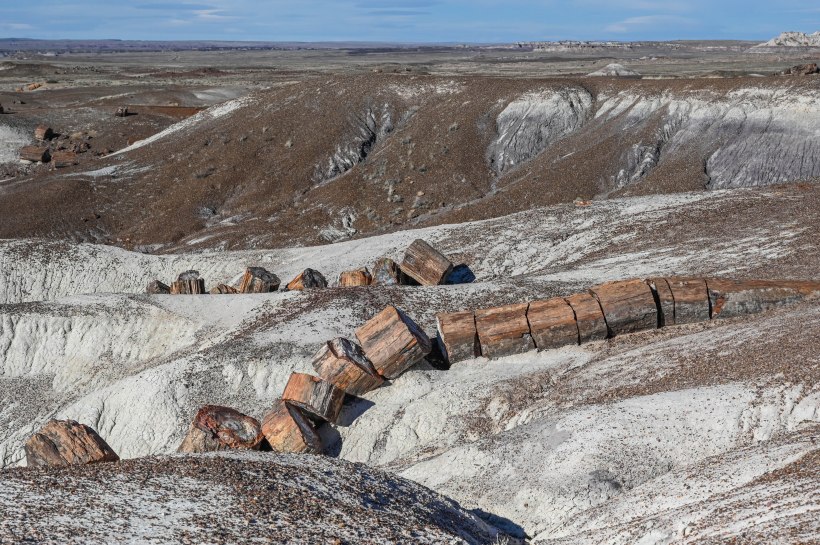 Trees have fallen everywhere. They cracked when they petrified, no one chopped them up.

Right now, the middle section of the road is under construction so we could only go about 16 miles up the road. But it was fun anyway. If you only have a little time, I advise going on a short loop right behind the visitor center – you’ll see a lot of petrified trees in a small space. 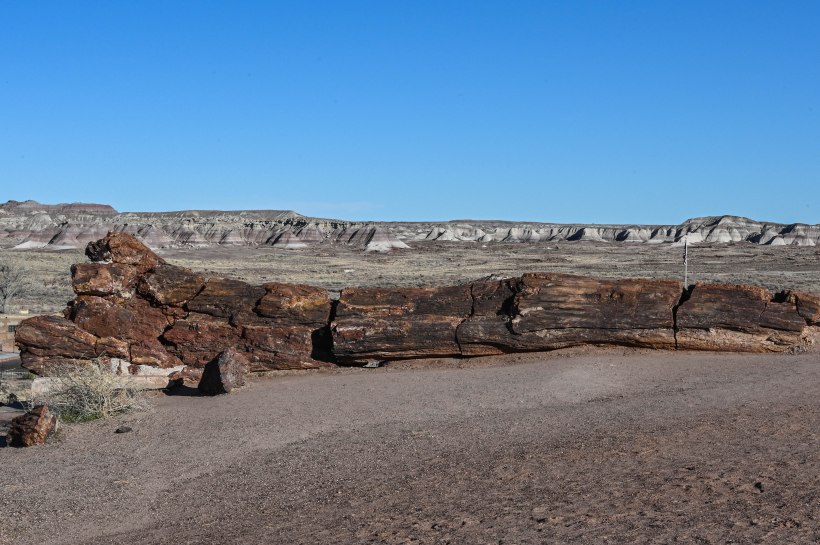 This is “Old Faithful” a huge petrified tree located right behind the South Visitor Center on a short loop.

But really, try to go to Crystal Forest, a one mile paved walking loop with incredible petrified trees, and wonderful views. It’s paved and pretty level, and of course, if you get over petrified, you can always do only part of the loop.

The colors in the petrified wood are amazing, especially in late afternoon sun.

But likely that will be impossible because you’re going to want to know what’s around the next curve or over that rise in the path. 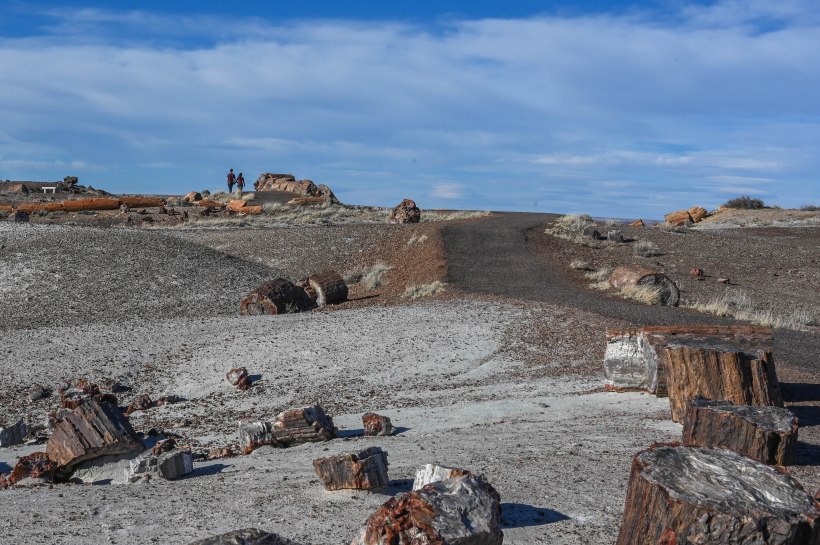 Take a walk in Crystal Forest. You won’t forget it.

If you were to go into the Petrified National Park from the north entrance you’d find an entirely different landscape. You’d soon realize you’re in the Painted Desert. 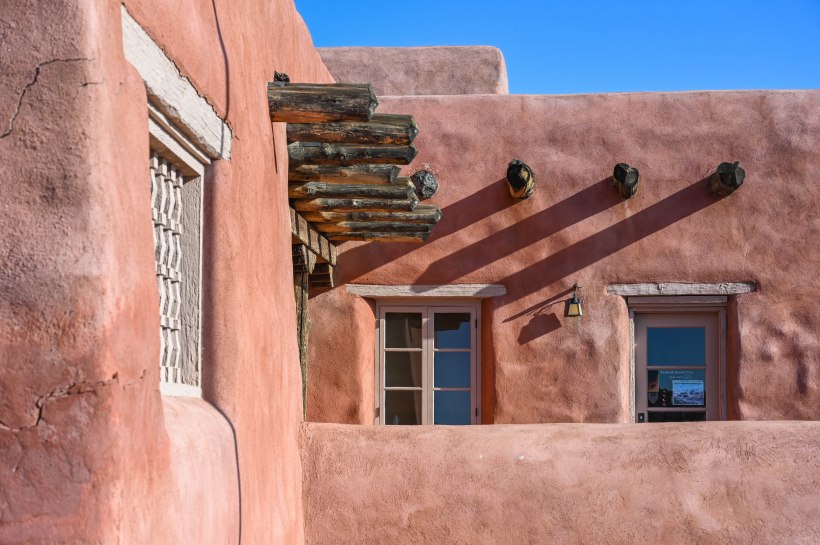 The north entrance has a building that used to be a restaurant and hotel, and now it’s a museum.

The colors, especially in early morning when we were lucky enough to be there, are almost indescribable. So I’ll let you just look and judge for yourself.

The red and green and rust and tan hills go on for miles and miles. At each overlook we had to stop and…well…look.

But we kept driving, and the landscape changed. 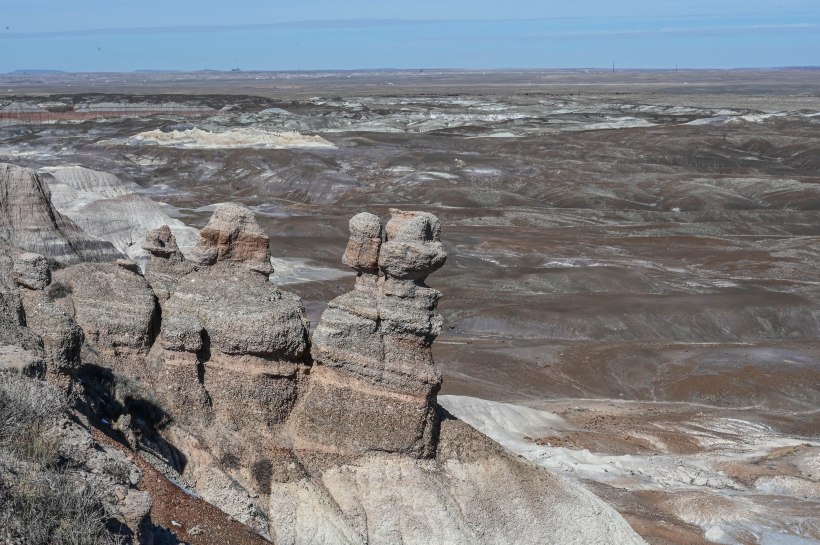 We found ourselves surrounded by white mountains…

…and following a paved trail we descended into a magical land of white and purple and blue and pink and grey piles of rock.

Isn’t this just the prettiest thing?

We gasped in surprise and delight around every curve. The morning light was making the colors glow. It almost looked fake.

To show you scale, the mountains were actually pretty big.

I’m telling you, don’t skip the north part of this park! Just because you’ve seen a bunch of petrified wood on the south side already, and you’re tired and thinking maybe you don’t need to go explore the north side, well, you’d be making a big mistake to skip this!

After we walked back up the steep incline and out of the canyon we drove to an overlook. It was fun to trace where we’d walked. It looked sort of like a giant game board, with people moving along the path.

I don’t think we realized this was a purple mountain when we walked around it ourselves.

And, once we caught our breath…we headed back down the road. 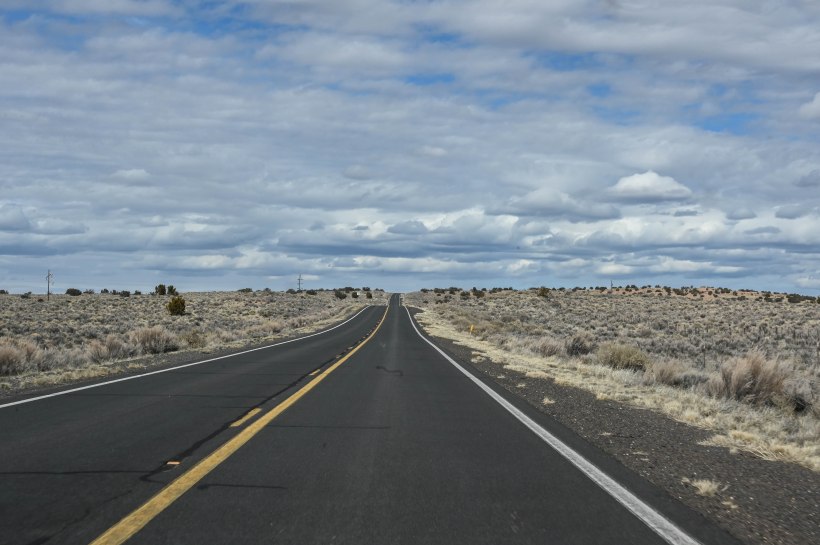 On to the next adventure!

Next we’re stopping at Valley of the Gods and Monument Valley. I haven’t even downloaded those pictures yet…but I’m pretty sure there’s some good stuff in there. 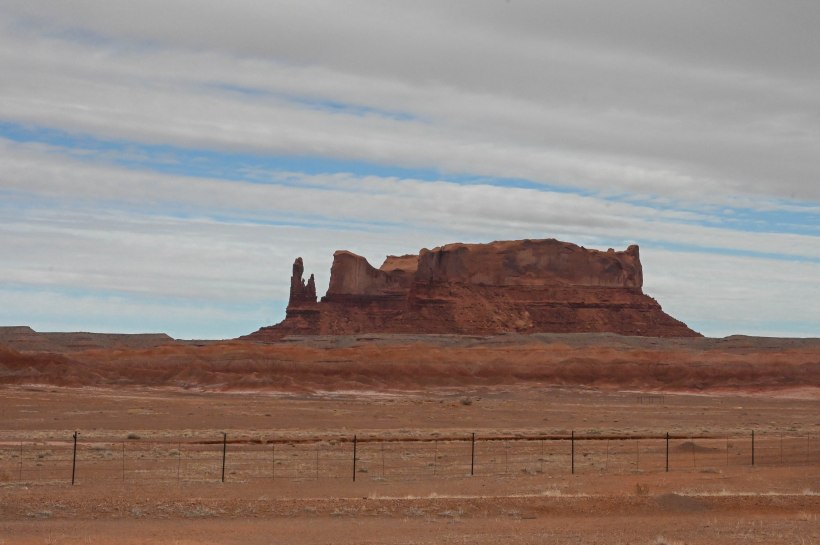 On the way to our next location, this was a hint of what was to come.

And if you’ve followed this post all the way down here, thanks for your patience!

Yep, things are getting mighty interesting.

26 thoughts on “A crater and petrified wood and the painted desert – oh my!”