This week I decided to explore a new (to me) bird sancuary over near Jackson Michigan. I’d heard vague things about it over the years, that it was filled with migrating birds, particularly sandhill cranes. 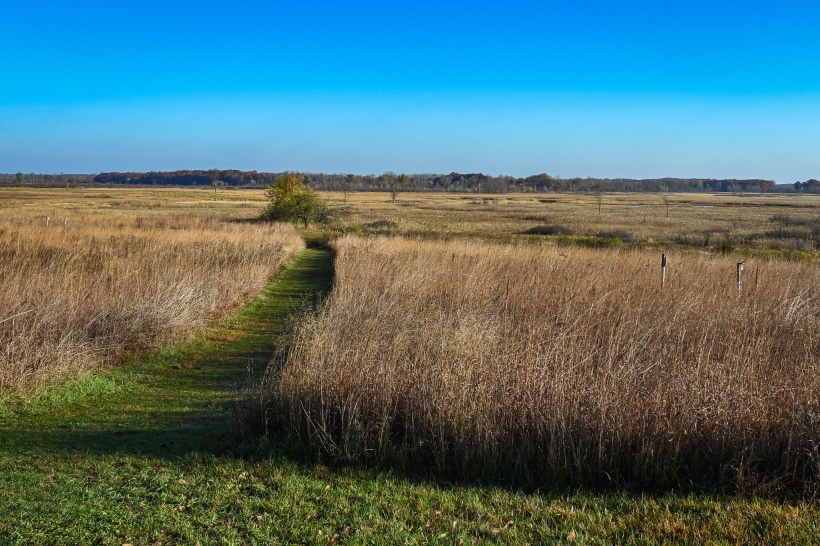 This path leads down to a space where lectures are held.

Every year I meant to get there, either in the spring when the birds were coming back or the fall when they were heading out. Every year time gets away from me. 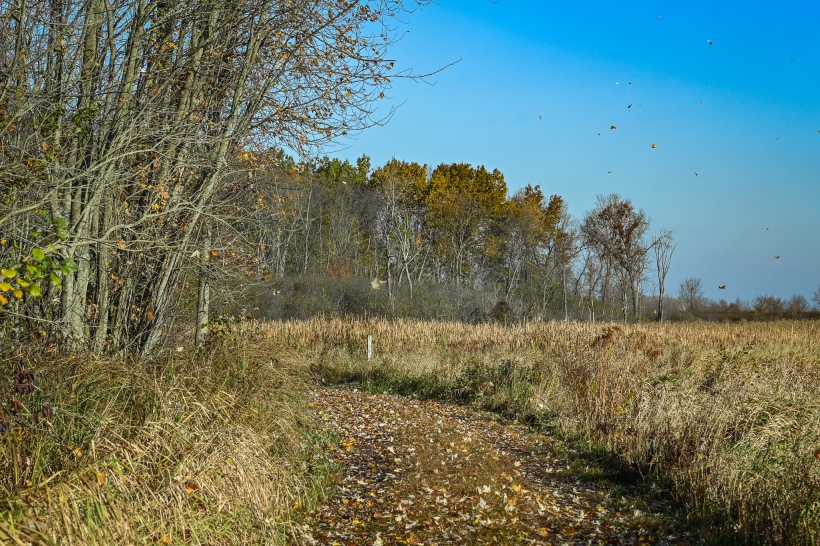 The day was beautiful, with sunshine and a breeze kicking leaves out of their trees.

So this year I was determined and I did some research before I drove over there. Seems the migration period would be late September to the end of October. I was cutting it pretty close. 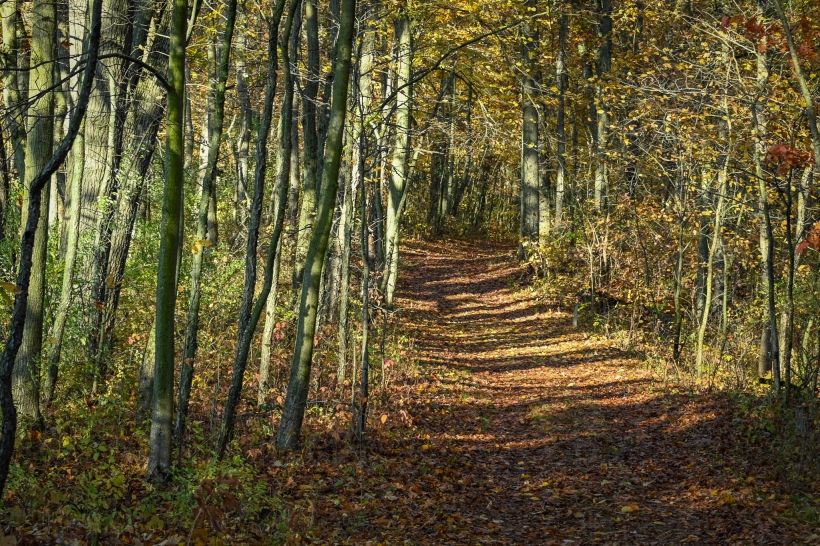 Heading away from the wetlands and into the woods.

The website also told me to be there at sunrise or sunset when the birds were moving from or back to their perches for the night. So I had a plan.

But you know how it goes with plans. I got a later start in the morning than I had planned, and it was later in October than optimal too. On the hour and a bit drive I did see a huge flock of sandhills in a field, about 2 miles from my house, but I didn’t stop for pictures because I was going to a bird sanctuary. 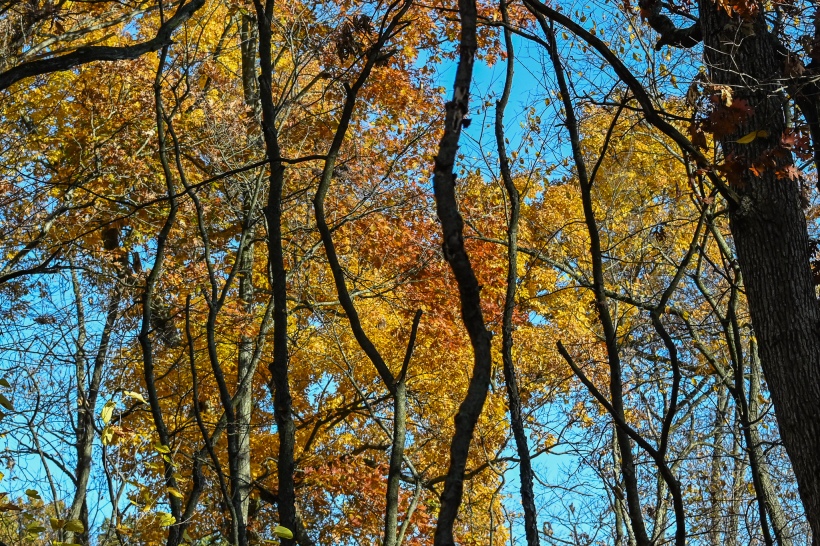 A few trees were hanging on to their color.

When I got to Haehnle the parking lot was a muddy mess. Leaves covered everything but it was obvious there were huge muddy holes that you wouldn’t want to drive through. I turned around and backed into a spot up next to a fence where I had a straight shot getting out.

As I left my car to begin exploring I did hear some cranes flying, but it was already almost 9:30, really long past sunrise. There was one flock of geese that flew over, but nothing really special. 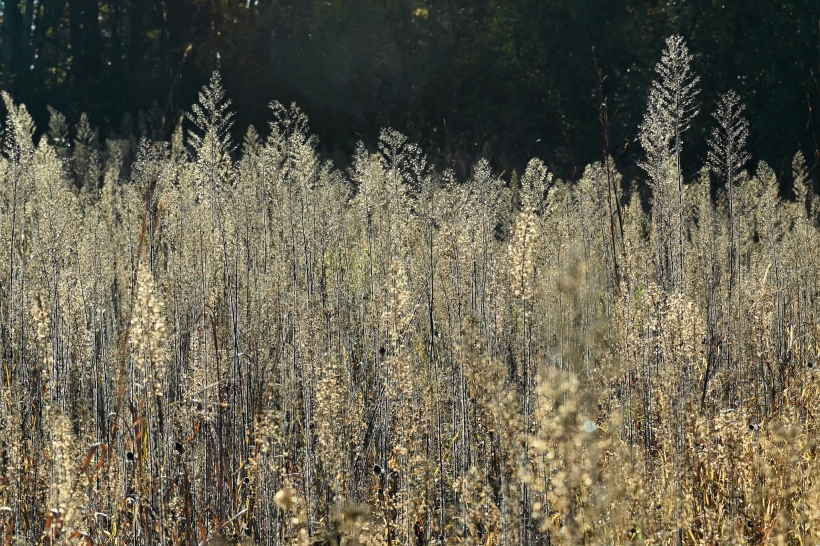 In a meadow the sun glinted off the dried weeds.

So I decided to just walk the 1.5 mile trail and not worry about finding birds.

It was a pretty trail, that started out skirting the wetlands where I could imagine thousands of cranes visiting. Then it turned left into the woods. 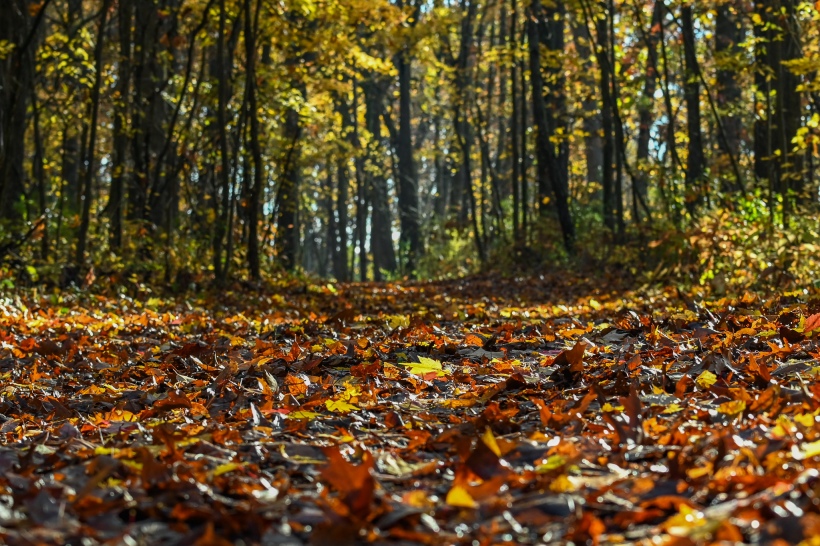 Walking on all those leaves was fun.

There were still very beautiful colors in a few of the towering trees. The trail meandered through a meadow and then back into the woods. I didn’t see another person until I was almost back to the car. This mother and her two children were enjoying the sunshine and the crisp autumn air. 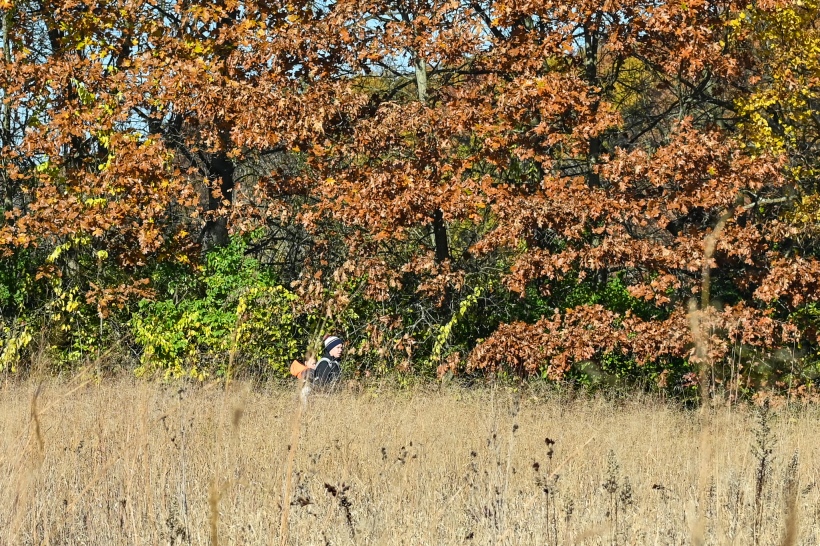 All in all this was quite a disapointment, but I think I will try again in the spring, maybe go at the right time of year and earlier in the day. I figure most of the disappointment was my own making. 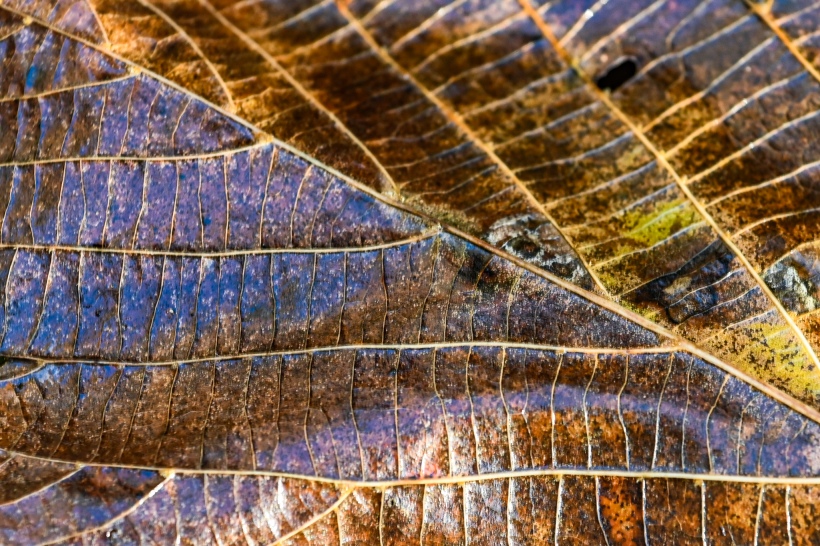 The details were beautiful, I just had to look for them.

And the drive over there was often spectacular, roads through golden tree tunnels. You’ll have to imagine those as there was nowhere to safely stop.

This place could be interesting at the right time of year.

Regardless of the lack of birds, I can’t complain about a pretty walk in the woods. And on the way home I found a couple barns. 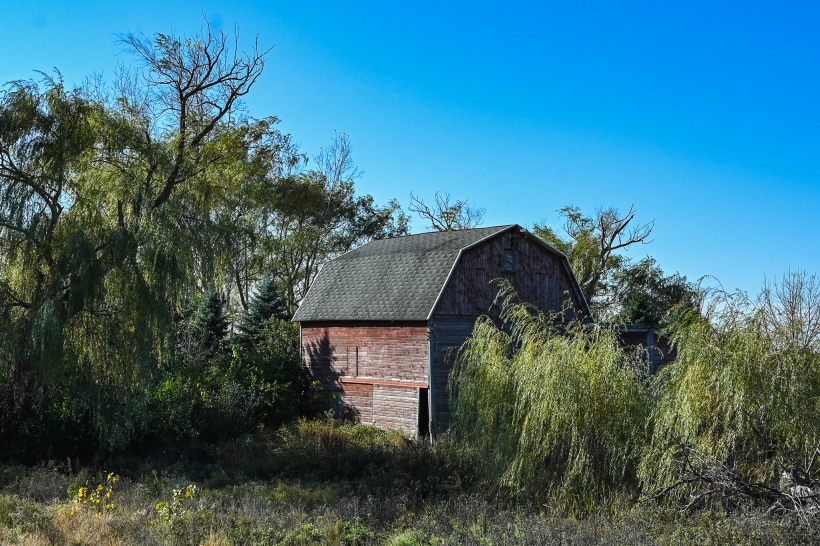 At the exit where I stopped to get gas.

Because what’s an adventure without a barn? 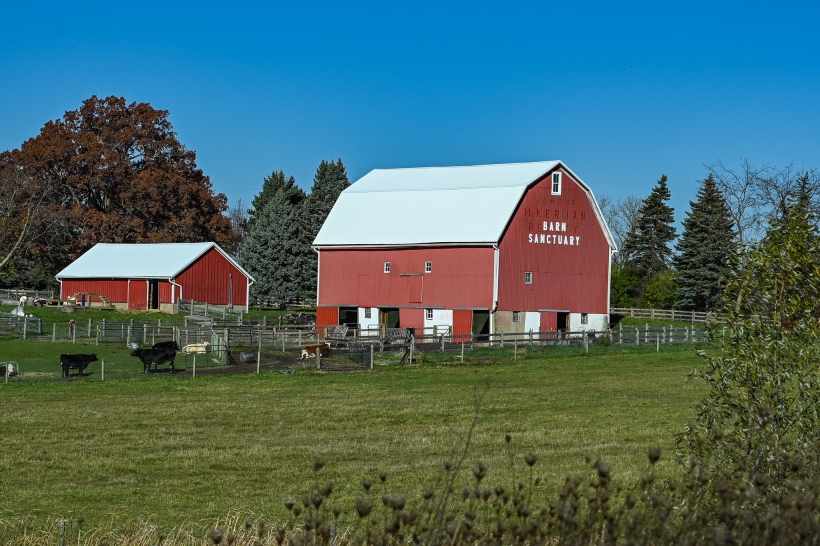 Not sure what a barn sanctuary is. Maybe I should have explored there.

Why, no adventure at all!

I don’t know what this was, but it was cool.