This is the entrance to the park. Isn’t it pretty?

Katie here. Mama says she’s getting behind and asked me to please catch everybody up. I swear. She’s only got one responsibility, to keep my subjects advised on my activities, and she can’t handle it. But I guess you, my loyal fans, deserve to see what I’ve been up to so I’ll sacrifice my nap. This time.

Maybe I should be nicer to her, cause yesterday she did take me to a very beautiful park. We visited it last year and mama took time to remember the name of the park and look up an address. She gets points for that.

Notice how things are already getting green down here?

It’s called Town Creek Park and it’s in Auburn Alabama. It’s a little park, but really pretty. We liked it a lot last year, and we explored even more this year. There’s a trail that goes off through the woods and because it was sort of hot here yesterday mama took me on that first, so that I’d have shade.

We saw some squirrels and a beautiful red bird while we were back in the woods. I didn’t chase the squirrel but mama spent a long time taking pictures of the cardinal. 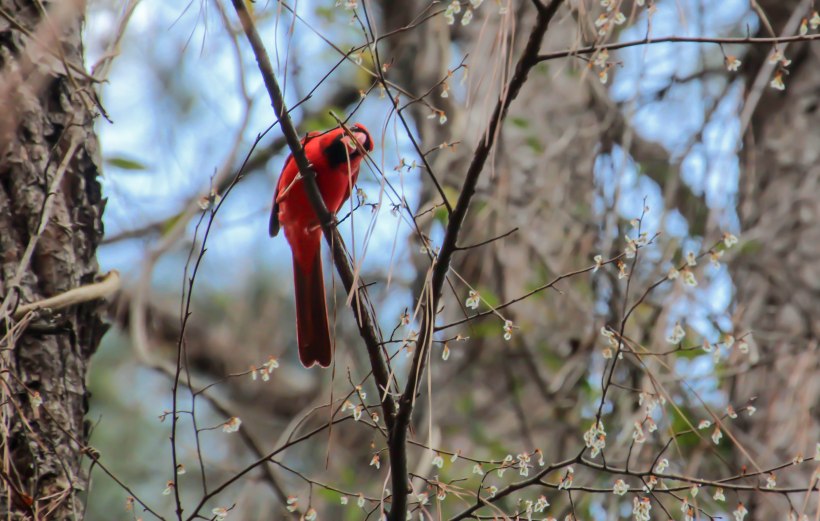 Getting pine needles to make a nest? Or getting something to eat? You decide.

Then we went out and walked around the pond. There were a lot of turtles, I remember them from last year. They still seem sort of lazy, just laying around in the sun and I’m not sure what they’re good for so I mostly ignored them. Mama thought they were interesting, but she loves turtles. I don’t know why.

It’s not like you can take these guys for a walk in the woods or anything.

We were walking around the pond and enjoying the pretty sights… 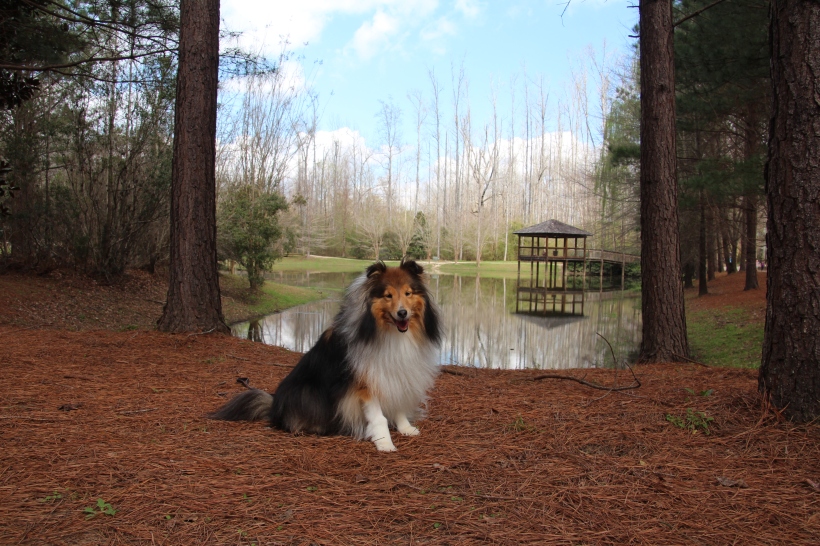 Quick mama! Take the picture, there are CHILDREN coming!

Cropped until it’s almost abstract, but notice that little blond boy out front.

Mama hauled me off of the trail and we waited for them to go by. Of course the little kids noticed me and got to us way before the adults who were on their phones realized what was going on. Especially the little blond boy who ran at me with outstretched hands. Mama was debating about picking me up as we became surrounded by curious little people.

But miracles do happen. The adults told the kids to “FREEZE!” And they did! So with mama crouching down next to me I let each child come up and pet me. I stayed very still, and after a little bit I actually leaned into some of their little hands. They said I was soft. And pretty. I thought they were very well behaved for such short people. After they left mama said I deserved an extra treat. So it turned out to be a win/win.

By the time we got home I was very sleepy so I mostly slept through the beautiful sunset we had. Mama and my Uncle and I sat out on the deck and watched the sun go down.

It made the water all pink and purple, and then it turned apricot. Mama said it was one of the most interesting sunsets she’d seen in a long time. 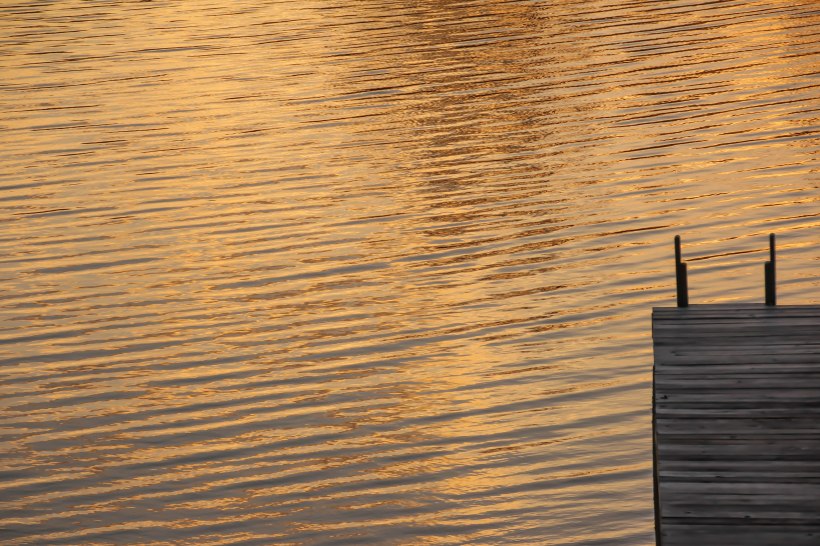 Such a pretty color.

Today my Uncle noticed a heron out on the neighbor’s dock. It sure was big! I didn’t think we should go out to meet it so we stayed inside and mama took it’s picture from the living room.

And they took me to the local park where we got to explore the playground cause there weren’t any short people there yet. We went early on purpose. 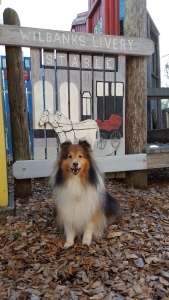 This is cool mama!

After lunch they left me at the house while they hiked up the mountain and climbed the fire tower.

Such a beautiful day to be high above the lake.

I tried to make them feel bad, but in reality I didn’t especially want to hike up the mountain in 85 degree (29.4C) temperatures anyway. I took a nap in the air conditioning instead. You can decide who you think made the wiser decision. 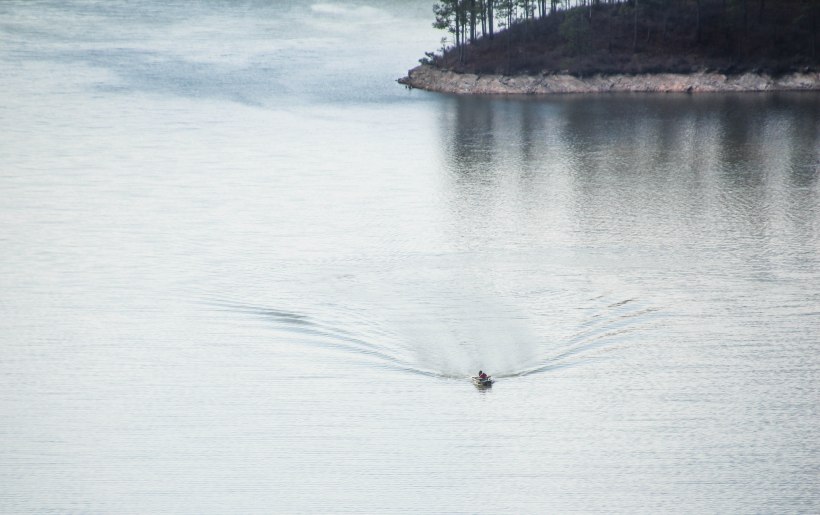 Looking for the perfect fishing spot.

SO…now you’re caught up. Except that it’s almost time for another sunset. But I figure it will look a lot like yesterday’s and the day before. You can imagine it, right? So I don’t have to stay awake any longer editing this post?

—Your travel guide, Katie the Princess signing off.

On the climb up the mountain.

9 thoughts on “How to fill the days”