We’ve been away – yes again. In the space of one week we were busy in Baltimore, MD, Washington DC, and St. Louis, MO. Not long enough at any of them, but all together too long to be away so soon after getting home from our Canadian adventure.

Katie says no more trips until she gets to do something fun.

I didn’t take my laptop or my camera, and most of the time that was fine. We were too busy to do much in the evenings anyway, except collapse and try to rest up for the next day. But there were probably five or ten or a thousand times during the week that I wished I had my big camera with me.

Oh well, the photos in this blog were all taken with my phone which does an OK job, and in some situations even a better job, than the big camera would have.

So let me catch you up on our travels!

We flew last Monday into Baltimore where we stayed with a friend who, along with a journalist, has written a book about the horrendous experience of losing his wife in a truck crash. His two sons, also with her in the car, were injured, one of them permanently. 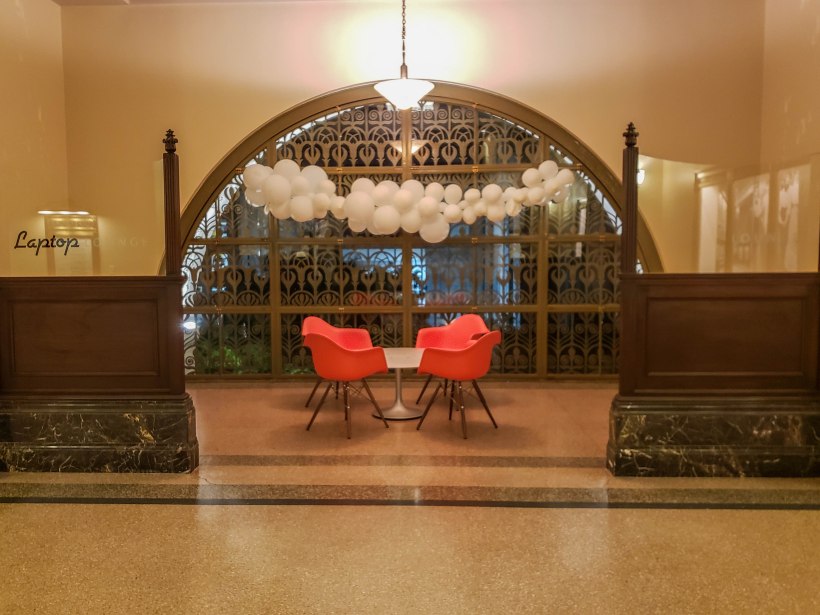 A little corner of the library caught my eye.

The book release was last Tuesday and we attended the author event at a huge, beautiful public library in downtown Baltimore. It was fun and we enjoyed supporting our truck safety family member Ed as he spreads the word about unsafe trucks and the extraordinary costs regular families pay so that goods can get to all of us faster and cheaper. And why that has to change.

The next morning we took a train from Baltimore to Washington DC, were we spent the next three days in meetings, educating our lawmakers about four bills we’re supporting. 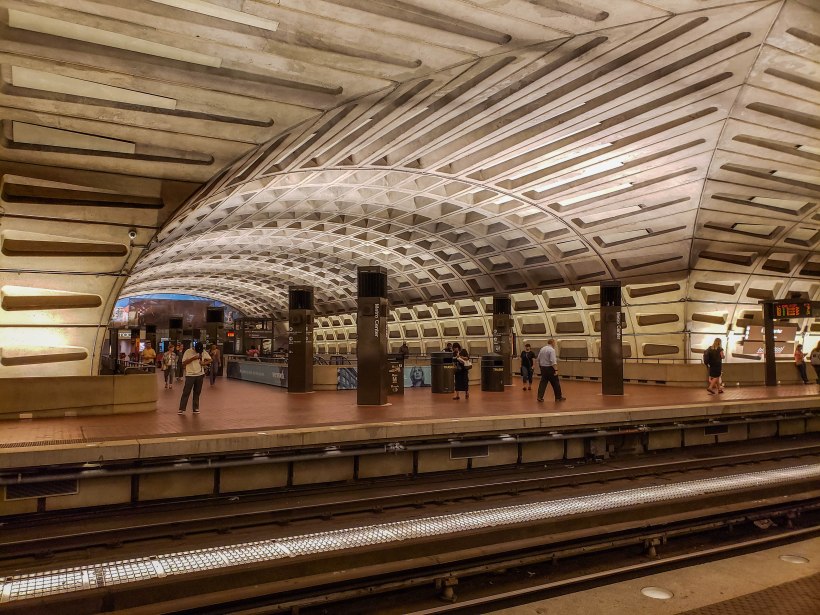 The DC public transportation system is amazing. Locals there don’t appreciate it as much as those of us who only visit.

It’s a different sort of feeling being proactive rather than reactive. For once we’re asking for support on safety related bills instead of protesting unsafe trucking provisions attached to pending legislation.

One evening we spent the golden hours up near the Capital…

The sun sets on another day of work trying to make our roads safer for everyone.

…and noticed the sun shining off of the Supreme Court building. They were letting people climb the court’s steps, not something that’s always allowed. So of course we ventured up too.

Sitting on the steps of justice.

And just as we were moving on, heading to the train station for our trip back to our hotel, the sun made the building glow.

Evening back at the hotel was nice too. Our view of the Rosslyn area was stunning, though I was usually too tired to appreciate it.

Another evening we went to see a baseball game.

Going to the game.

It’s the end of the season, and the local Washington Nationals have already clinched their playoff spot. But the crowd was still excited to be there. 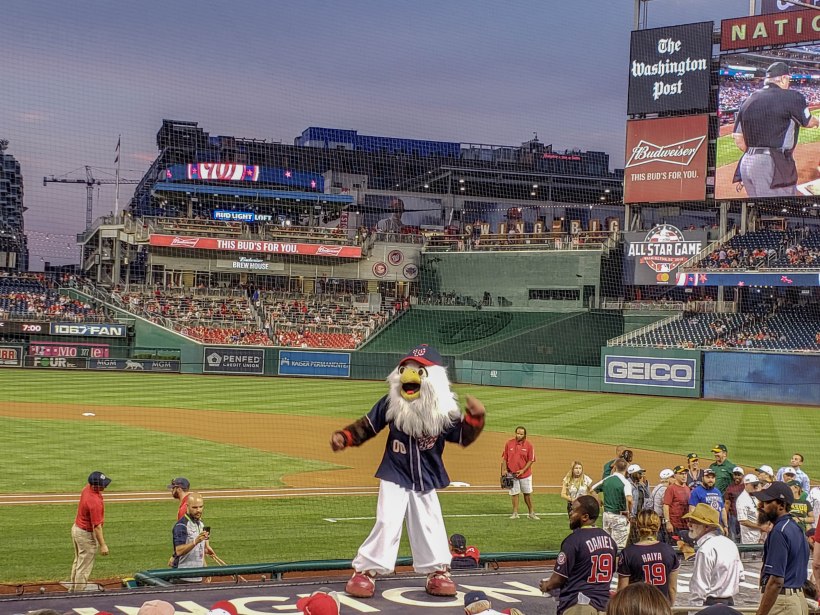 Getting the fans excited.

And as the sun set and the sky went dark the game began. It was perfect out at the ball park, balmy weather, a bit of a breeze…

…and the Nationals won!

It was a good game, lots of scoring, lots of organ music and lots of people watching.

After the game we dawdled on our way back to the hotel, waiting for the crowds on the Metro to thin out. We sat by a fountain at the DOT and watched the water change colors and height.

Blue and pink and green and red lights made this a fun fountain to watch.

Lots of people stood among the trailing water. I just took pictures. No sense heading back to the hotel with wet shoes. Or worse.

Soon our time in DC ended. Saturday morning we headed back to the airport to fly to St. Louis.

Southwest flies out of an older, sort of retro part of National airport. This is the center post and I thought it was cool.

Why St. Louise you ask? Well, this has gotten long enough so I guess you’ll have to wait and see. Plus we pick up you know who tomorrow morning so I need to get my sleep tonight. She’s going to be in a fine fit and I’ll be occupied for some time trying to placate the princess.

Oh, she’s going to make us pay for having fun without her. Guaranteed.