I don’t want to talk about this and maybe that’s the problem. Maybe no one wants to really talk about this, to leave our own biases behind and talk and then listen without interruption to the other side of the debate.

I wasn’t exposed to guns growing up. My parents didn’t hunt, I didn’t have any friends that hunted. I have cousins that hunt but I was never actively involved. The closest I’ve been was to walk by deer hanging in the back of a pole barn, and though the first time was startling, I didn’t have an objection, knowing they used every possible part of the deer as a food supply for their family and friends.

Still, I’m not personally comfortable with guns. And sometimes that bothers me, because I don’t know how to understand both sides of the gun debate. I’ve even considered taking a lesson or two, in order to know what it feels like to shoot a gun. Though that feels a bit intimidating.

But I do question the need for the average citizen to own automatic weapons. And yes I know I don’t even know the differences between them. But weapons that allow a shooter to pull off multiple shots a minute, kill and injure so many in the first moments of an attack, well, I just don’t think those should be in the hands of anyone but active military.

We hear the arguments against banning assault rifles every time the topic comes up. The constitution gets waved and we’re reminded it guarantees gun ownership. And besides, we’re told, these weapons are already on the streets and we’d never get them away from the bad guys anyway.

But I don’t think the writers of the constitution, when they were giving us the right to bear arms, knew anything about the devastation created by an assault rifle. I doubt they could even imagine such a thing. Moreover, banning a certain type of weapon or accessory doesn’t ban all weapons, doesn’t take away a person’s right to bear arms.

And if we don’t begin somewhere, don’t attempt to make our country safer, then what? 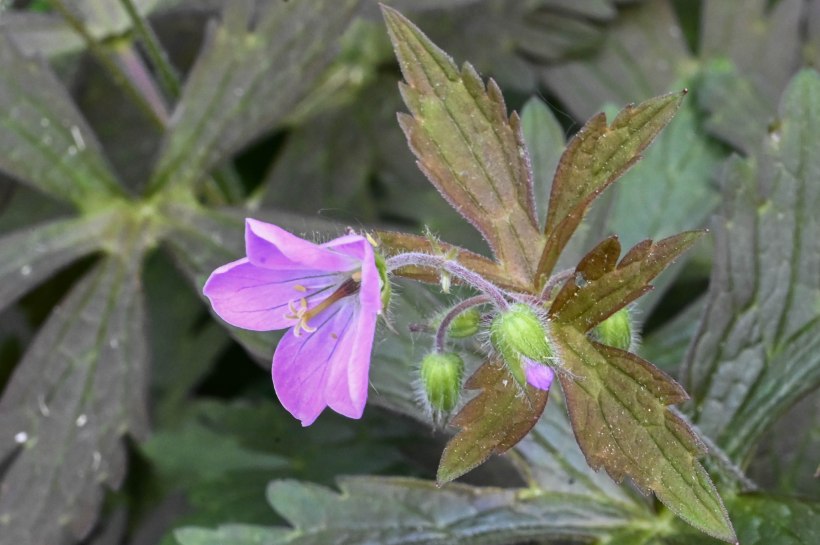 Geranium looking for a bit of light.

Do we just continue down the road we’re on now, where every few months people, sometimes dozens of people, lose their lives for no apparent reason? People just doing their jobs, running their errands, going to school, seeing a movie, enjoying a concert? Attending their place of worship?

Do we just continue to watch the news, see their faces through a fresh sheen of tears, while inside giving thanks that it wasn’t someone we knew, no one from our family? And do we just keep saying, sometimes out loud, that someone ought to do something? And then let it slide from our mind as we go about our daily lives?

What will it take for people in this country to have an honest discussion about the whole problem. Not just the guns, I realize there’s a problem with our mental health system too, but guns can not be left out of the equation.

And then come up with some viable first step.

My bleeding heart is fading among the forget-me-nots. I am not immune to the irony of that.

Sandy Hook with it’s children and teachers lost should have been everyone’s last straw. That tragedy should have been the catalyst for change, but even that loss wasn’t enough for most of us to be brave.

It’s complicated. Change is hard. But this morning, as I wandered my gardens looking for a peace I didn’t find, I grew convinced we have to try.

Can we find the light?

Because how many lost is the magic number, how many shattered families are too many, what does it take for us to grow up and do the hard work to become a responsible nation?

Can’t we be the adults here and sit down with someone we know holds opposing views and talk? I think we have to.

It would be a start.

Forget-me-nots remind us to never forget.