As I stepped off the front porch this morning at 3:30, Katie tugging on the leash looking for her favorite early morning spot to do her business, I searched the sky, as I always do, to find the big dipper.

And just as I found it a shooting star flared right through the middle of the constelation.

Then I noticed the pair of deer in the next yard, watching me watching them. When Katie was finished we casually walked back toward the porch, the deer walked casually off into the darkness.

Later in the morning I was tugged out the back door by Katie, intent on going to her pen the better to enjoy the beautiful early morning sun.

The doe, almost hidden by the forsythia bush, glances back toward her guy.

There, feet away from the deck, were our deer couple. They watched us for a moment, we standing still on the deck, Katie at full alert, fur puffed up, tail in the air, and they just on the other side of a small garden, tails in the air as well.

Then they raced off into the backyard. She went behind a forsythia bush, almost far enough to be hidden, but not quite.

He veered off to the left to stand behind a pile of brush along the back of our property. 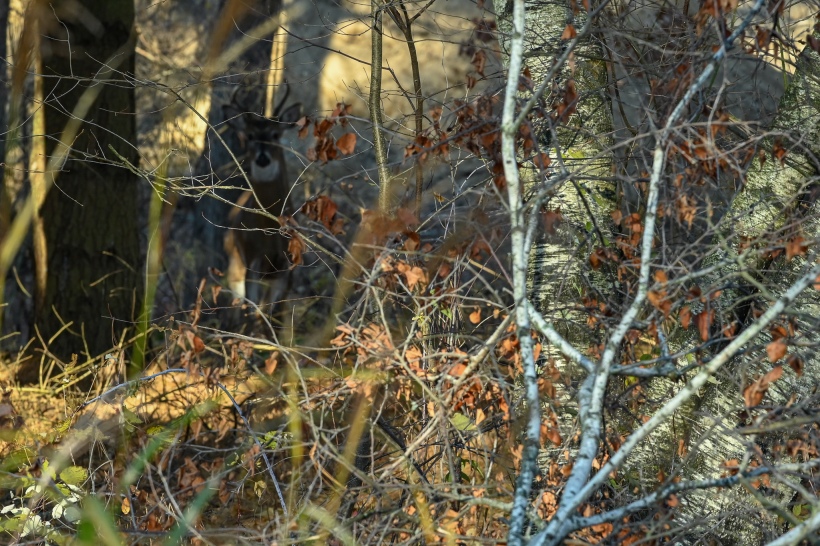 Do you see him back there?

I didn’t figure they’d be there long, but I put Katie in her pen where she could bark protectively, and went for the camera. They both watched me as I circled the brush pile to get a better shot of him. 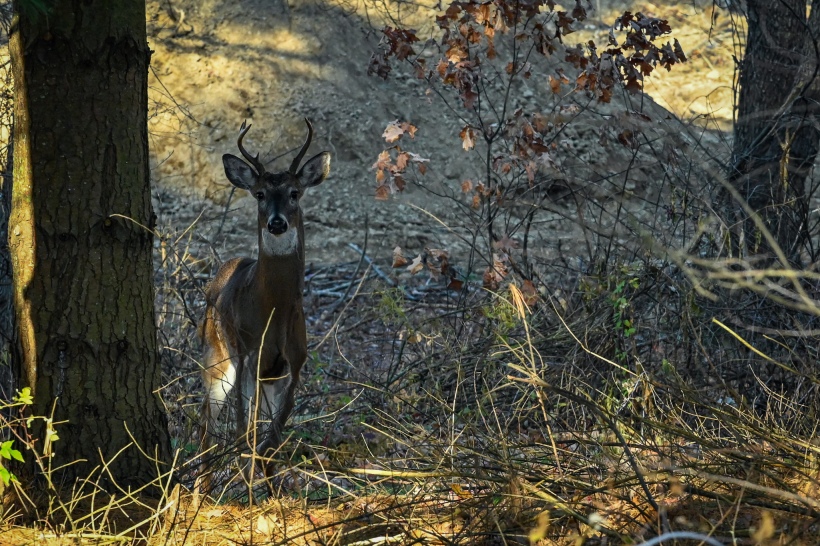 He watched me and glanced over at her. Eventually he snorted and lept into the air, headed toward her.

I almost got this shot. Looks like he got injured sometime recently.

One last look at me from over near her, then they bounded back into the woods. 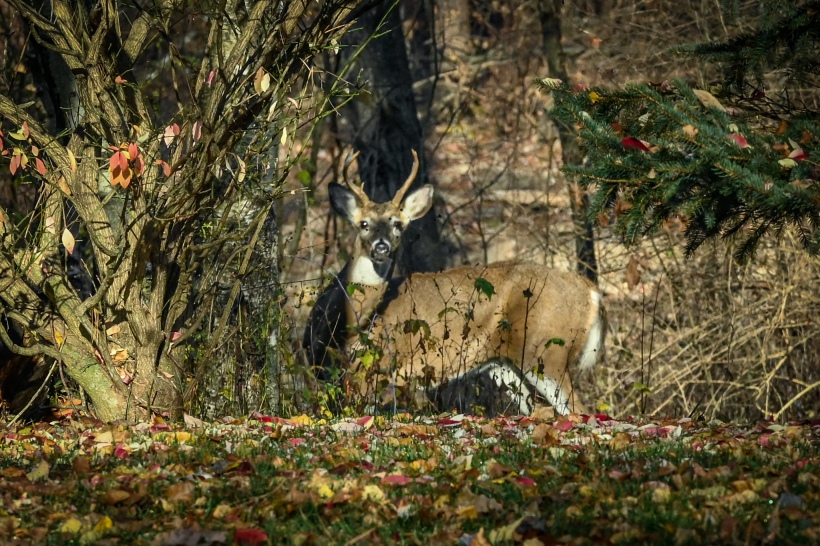 Everything about this morning was pure magic.

19 thoughts on “Magic in the morning”