Middle picture is without the guard, and below that, with a guard.

The purpose for our current road trip happened last Tuesday. We and other members of the Truck Safety Coalition family attended a conference to discuss car and truck crashes, specifically the situation when a car slides under the trailer of a semi truck from the side.

This is what happens when a car goes under a trailer. Imagine being in the car with your family.

That’s called a side underride and it’s usually deadly.

When you slide under a trailer your car’s safety features aren’t activated because your front bumper doesn’t hit anything. The first part of your car to come in contact with the trailer is your windshield. And then your head. 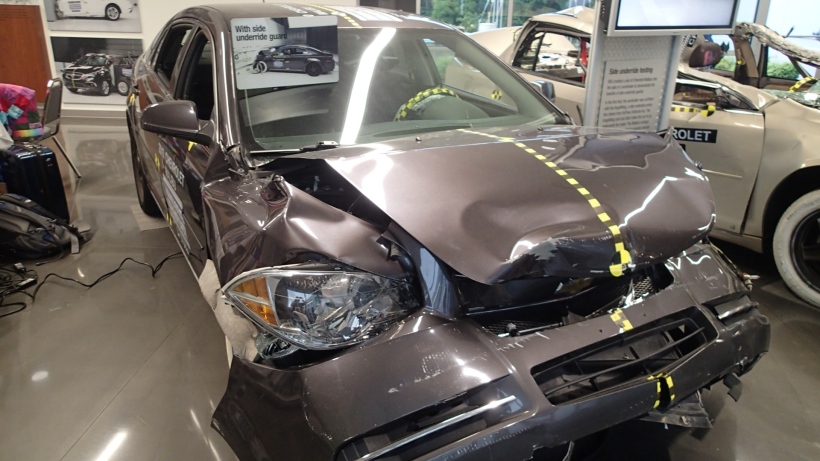 This car was driven into a trailer at 35 mpr. The trailer had a side guard.

It’s been a problem for years. Jennifer’s dad was killed when his car slid all the way under a trailer on a dark country road more than thirty years ago and she’s been fighting this and other truck safety issues ever since. 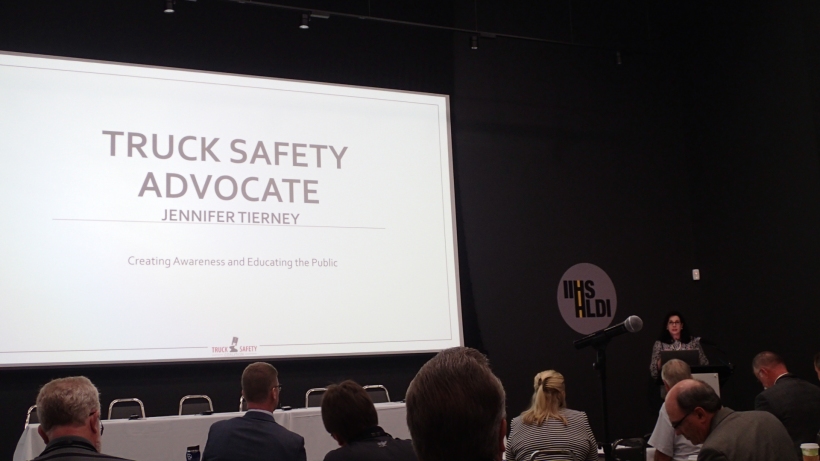 Jennifer talking about her dad’s crash and how grateful she is that side underride is being talked about today.

But in this past year a solution has been developed. And it happened because people began to talk about the issue. Last year was the first conference on underride, and there the inventor of a side guard and a manufacturer happened to meet. They’ve been collaborating ever since, and at this year’s conference we got to witness their side guard in action. 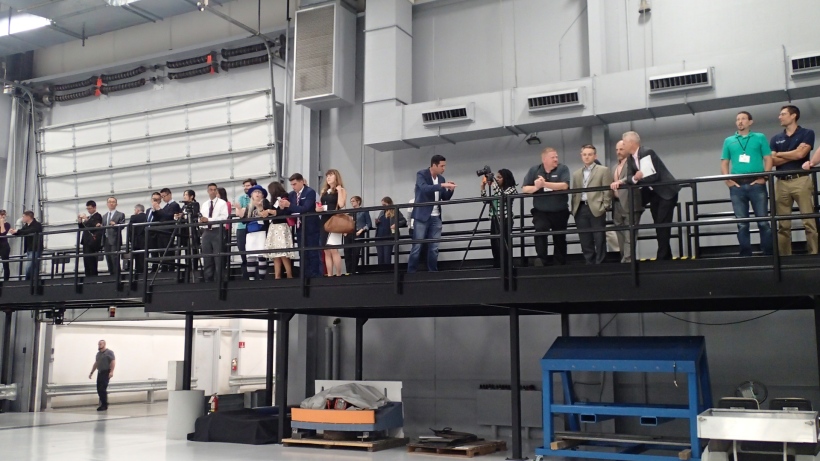 Conference members wait above the test crash area to see if the side guard works.

The Insurance Institute for Highway Safety (IIHS) hosted our meeting, and did a test crash so that we could see what would happen. (Click the ‘meeting’ link above to see the crash test yourself.) The car was driven at 40 mpr into the side of a trailer with a side guard, named Angel Wing, installed behind the wind flow shield.

The car did not slide under the trailer. Though the trailer itself was moved several inches, the passenger compartment of the car was not penetrated.

The driver of this vehicle probably would have had a wrist injury, probably a headache, and bruises from the seat belt, but would have walked away.

This driver would have walked away.

Members of our truck safety family, there to witness this test, cried softly after. Unspoken was the knowledge that if something like this had been installed on trucks years ago they wouldn’t have been in Virginia this week, standing up on a platform, watching hope unfold. 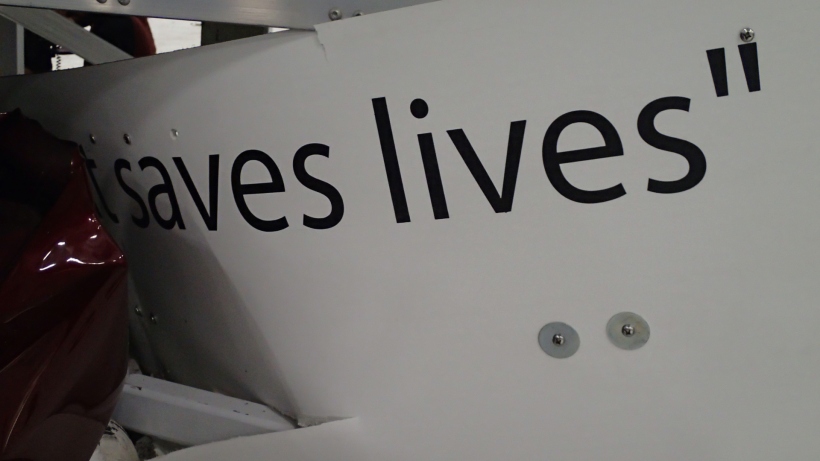 Side guards will save lives.

Someday soon the results of lots of peoples dreams will come to fruition. And it will happen because people from all walks of life sat down and talked. Trailer manufacturers, truck companies, safety experts, devastated families, government officials. 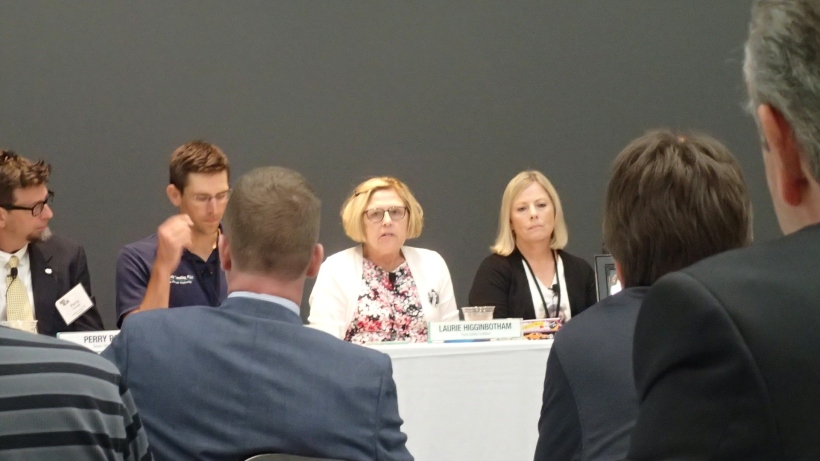 Two grief stricken mothers, working together to save other lives. 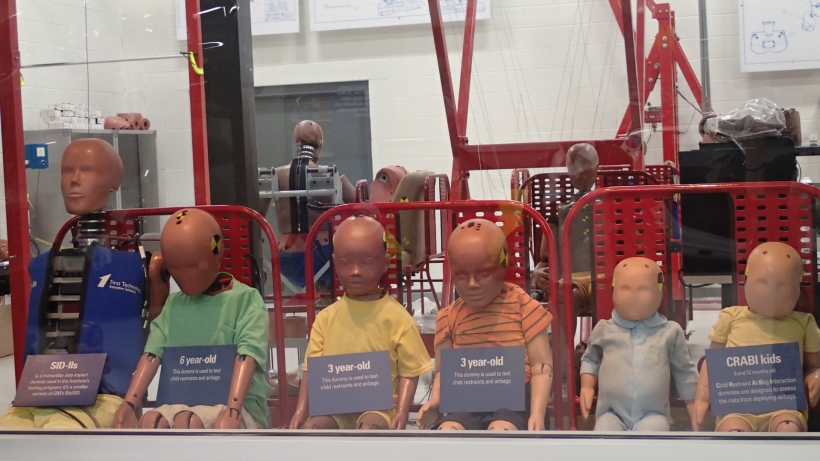 Someday another mother will be holding her child, alive and safe. She might not know who to thank. But I, and now you, do.

Be vigilant. And please support our efforts.

13 thoughts on “When a crash is not just a crash”