I’m a lucky lady, I got to experience two big smiles jammed into one weekend. Plus we are experiencing beautiful weather, warm and sunny with the trees starting to turn color. The morning and evening light makes the trees just glow.

My first smile of the weekend was Saturday evening when I got to play in a pop-up concert with some of my Clarkston Community Band mates and several professional musicians who came to fill holes in our orchestration. 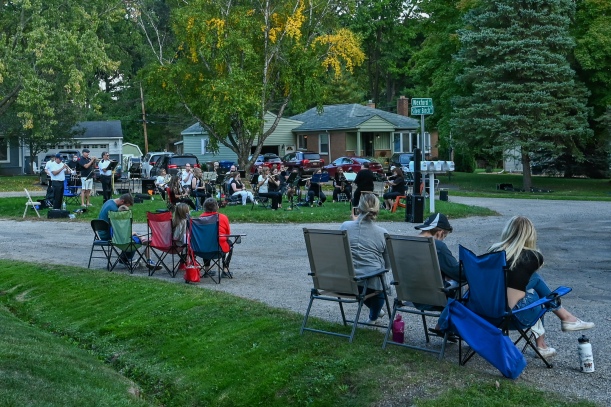 The neighbors came out to listen to us play on their cul-de-sac.

We haven’t played together since early March. Many of us haven’t played at all since then, though most of us frantically practiced these past few days trying to get our lips back in shape. The professionals sightread the music and sounded wonderful. I was grateful to get to play with them.

Thankful for these guys coming to help us out.

It was a lovely night and we are reminded again why we play long after school ends. As our Director, Ms. Roland said, tonight we’re not talking about politics or bingewatching silly shows on TV, we’re not thinking about virusus or worried about the future. 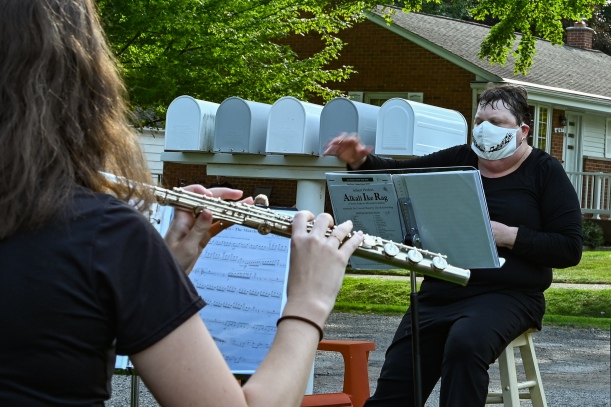 ALl about the music.

Tonight it’s about the music. And what a relief that was.

Keeping us in time.

I hope the neighbors who came out of their homes, sat in lawn chairs and waited while we did a little rehearsing before we began, I hope they had as much fun as we did. 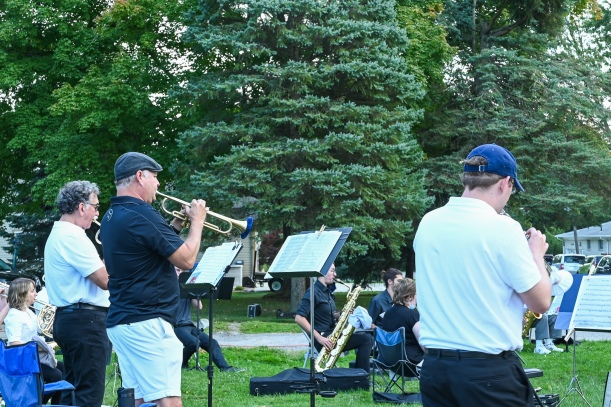 But I don’t see how they could have had more.

He’s played with us since he was a kid, now grown up and still making music.

Then this morning I did a virtual 5K with my friend Tami who lives in California. So that we could run/walk together she went out at 6 a.m. while it was still dark, and I waited until 9 am. here, an hour or more later than I would normally go out.

At the turn around point.

It was a compromise on both our parts because we wanted to motivate each other. Compromise works, I wish it was something that happened more in our world, but I’m not going there in this post.

Nope, this post is all about smiles. I hope you had something fun to do, or pretty to see, or beautiful to listen to this week.

As we march toward November we all need to remember to smile. And that’s as political as I’m going to get today. 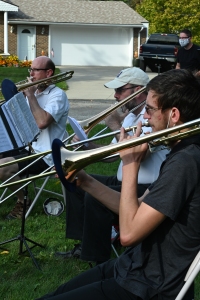 Trombones all in providing the bass sounds.

This week I had plenty of reasons to smile. After all I’m retired; I don’t have to get up in the dark and drive on congested construction strewn roads to work and then do it all again the next day.

That in itself makes for automatic smiles.

Visiting Lansing, the Capitol of Michigan, on a cold Sunday afternoon.

But if I had to pick one thing that made me smile this week it would be Sunday afternoon when my husband and I attended the ceremonial swearing in of our new Congresswoman Elissa Slotkin.

I keep insisting that I’m not political, I don’t like politics, I don’t have the patience for all the talk and lack of action, for the arguing, for the lack of empathetic listening, the insensitivity. I hate that neither party even tries to hear an opinion outisde their own dogma.

But this year the candidate challenging my district’s incumbant Congressman caught my attention. She actually sat down with my husband and me and listened intently to our truck safety issues. So I became involved in her campaign, canvasing and talking politics to strangers, which was very scary for me. She won by 13,000 votes and attending her ceremonial swearing in made me smile. 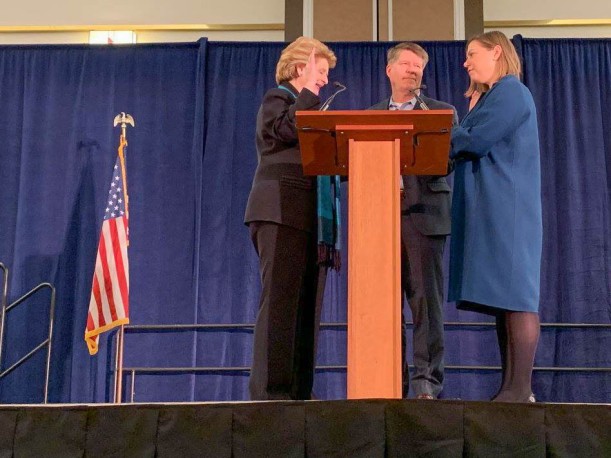 Presiding over the ceremony was Michigan’s Senior Senator who has also been very open to our issues, which made me smile broader.

But the biggest smile during the event was reserved for the Sexton High School choir who sang for us. A group of young people, diverse in ethnicity and culture, sang of hope and change to a huge ballroom filled with mostly middle aged white people. 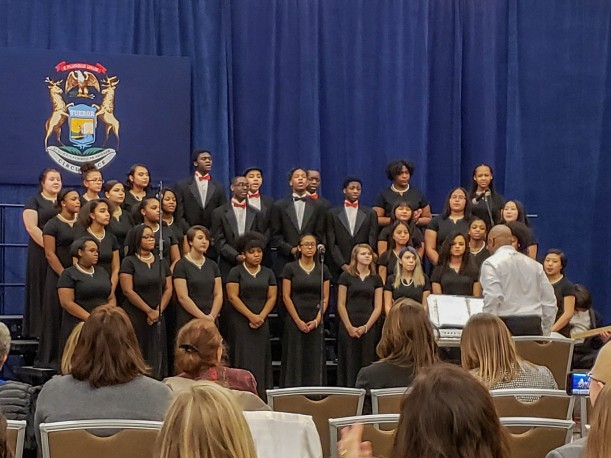 They sang from their hearts and we listened with ours, knowing that we were on the cusp of change for our district, filled with hope for a more responsive government. And when they finished we rose in a standing ovation before their last note ended, which made them smile.

“If you want to make the world a better place
Take a look at yourself and then make a change.”
(lyrics from Michael Jackson’s Man in the Mirror)

After the event, while we were all milling around talking I noticed one of the young singers standing behind me. I turned around and told him how beautiful the music had been. He nodded his head respectfully, then burst out into a wide grin and swallowed me up in a hug.

Seems smiles were the order of the day.

The gears of change grind slowly.

What’s made you smile? Tell us about it and link to Trent’s blog, he’ll recap for us next Monday!

Note: Follow the link above about Elissa to read a short article about the ceremony which contains a few quotes from her speech. I think they’ll give you hope too.

Something to smile about in Lansing last Sunday.