Katie here. (Who else would come up with a title like that?)

As most of you are aware (but I was not), mama went camping up north at one of my favorite parks and in my all time favorite camp site. WITHOUT ME! 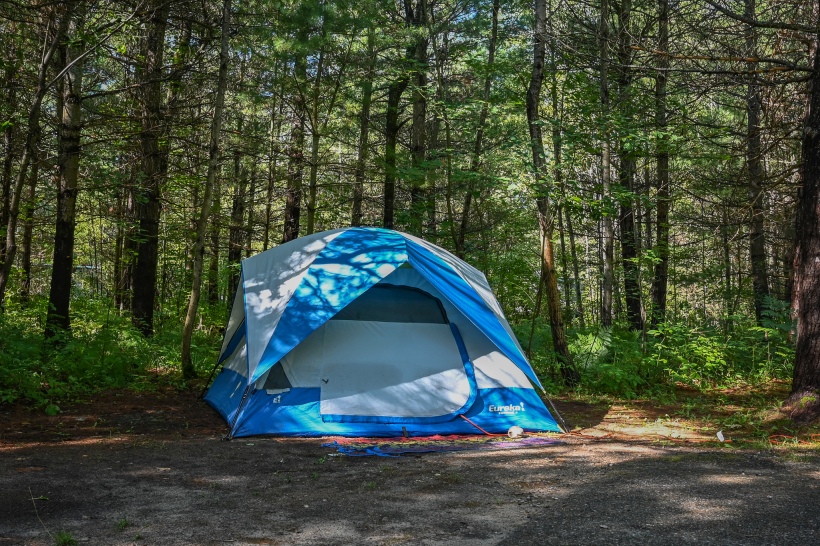 This was mama’s camp, site 43 at Hartwick Pines.

I thought she was just taking a really long time at the grocery store or something. You know she’s getting older and sometimes she wanders around for ages doing not much of anything. And other times she gets lost (she calls it exploring), so I wasn’t all that concerned that only daddy was feeding me and stuff. Cause mama is always around somewhere. 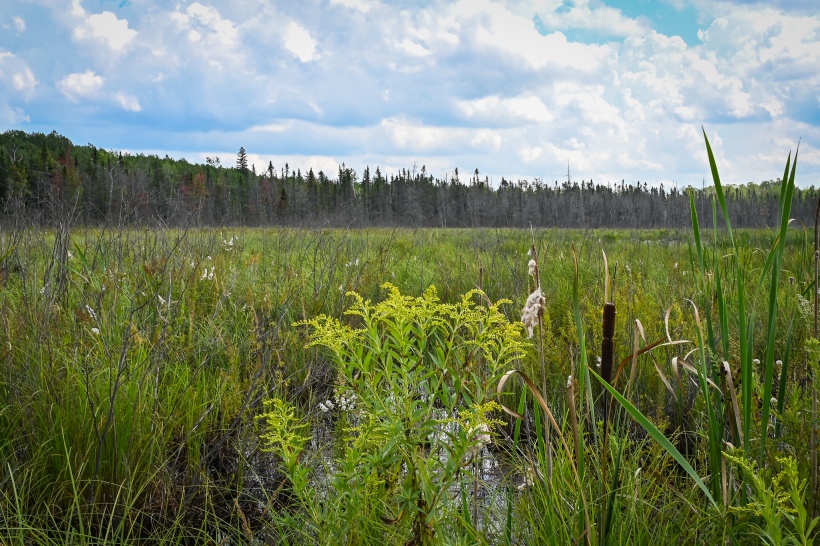 This was up at Pigion River Forest, where she was scouting out places to do photography.

Heck, lately I’m used to falling asleep right next to her and waking up to find she’s moved to another room! It’s hard to keep track of her, so sometimes I just don’t try. 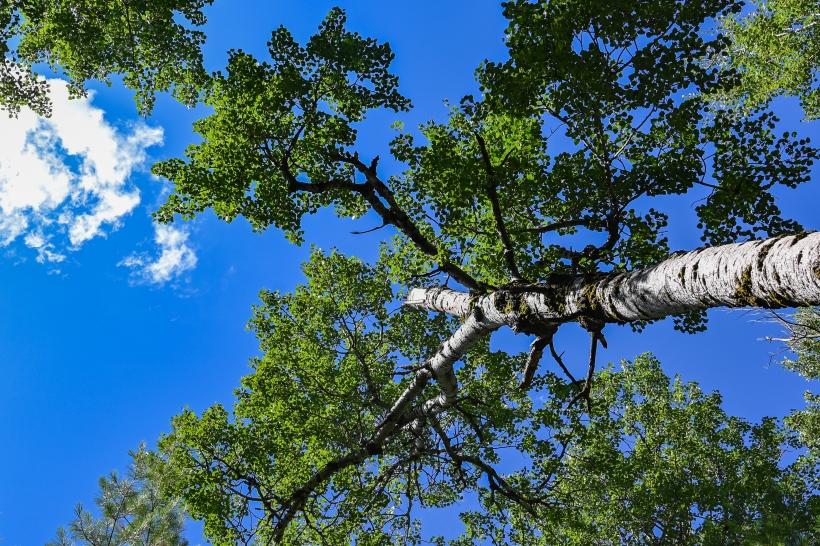 She had beautiful weather, except for Monday night when it poured for hours.

But this time she was gone for 28 dog days! (That’s four days in human terms.) After awhile I got sort of sad, thinking I’d never see her again. I kinda like mama. But daddy is fun too, so like I said I wasn’t too worried. 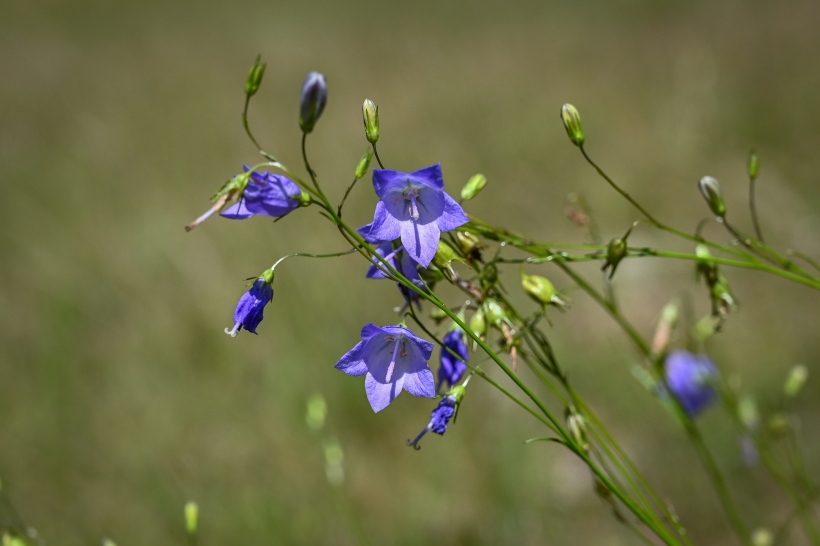 There were lots of these pretty little blue flowers.

And then one afternoon I saw a shadow at the door and I knew daddy was right next to me on the sofa and I wondered, could it be, could it be mama came back to me?? 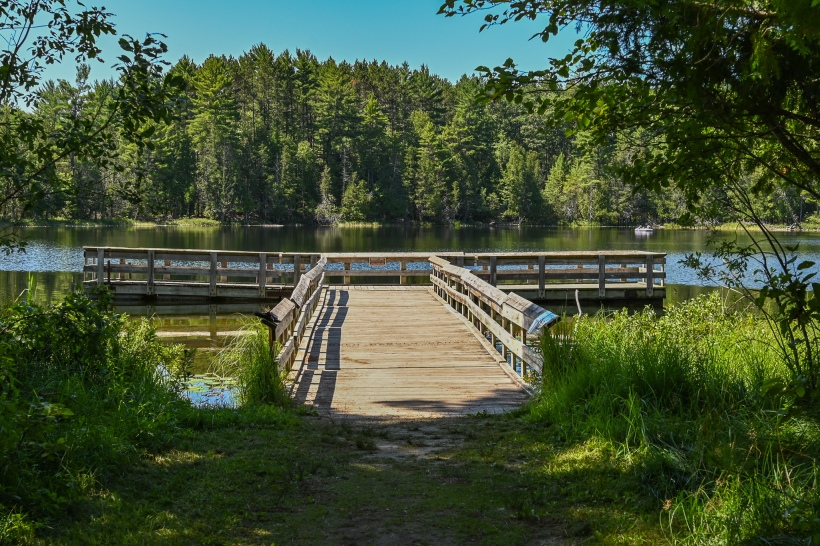 One of the little lakes. Mama thought the stars would be pretty reflected here. But she didn’t go out there at night by herself. 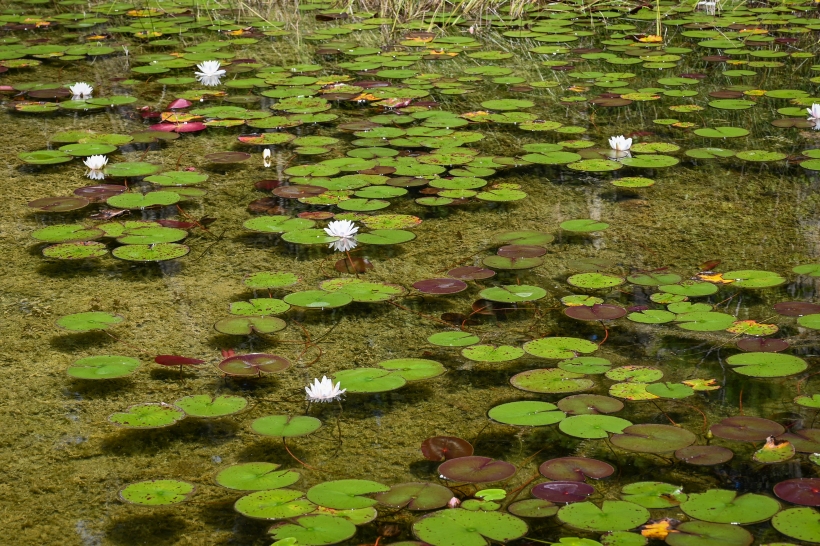 But it was pretty in the daylight. 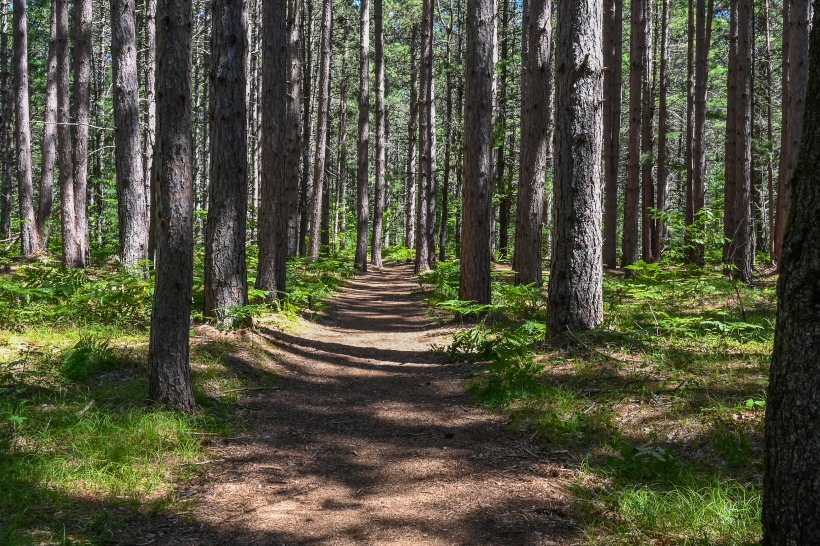 This trail is too long for me, so mama took advantage of not having me to hike it. Isn’t it beautiful?

Mama started unpacking the car and it became obvious that she had a great time and that great time had not included me so I barked at her some more. She got sort of annoyed, but not too much because she knew she was guilty. 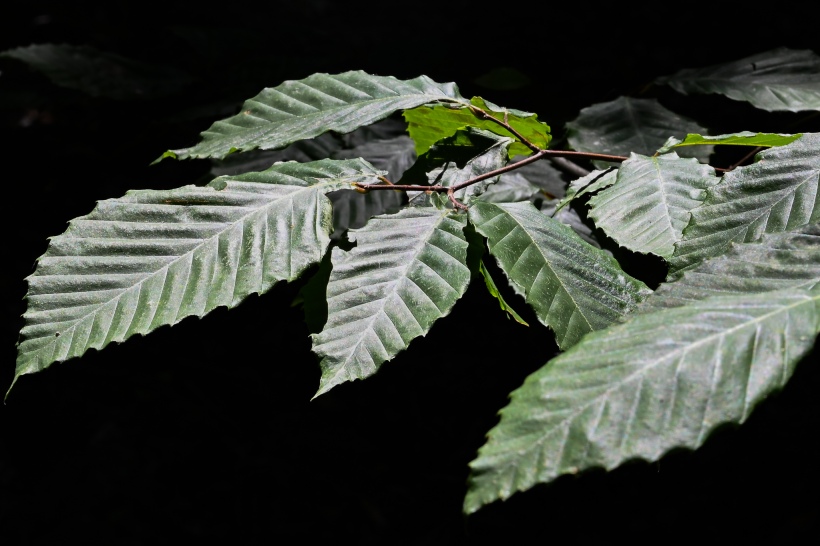 Yep, my mama is always looking for light on things, even deep in the woods.

She said she didn’t pet any other dogs (as if that lets her off the hook) and she missed me a lot. She even said she got all teary eyed one evening remembering all the fun we have had camping in that very spot! 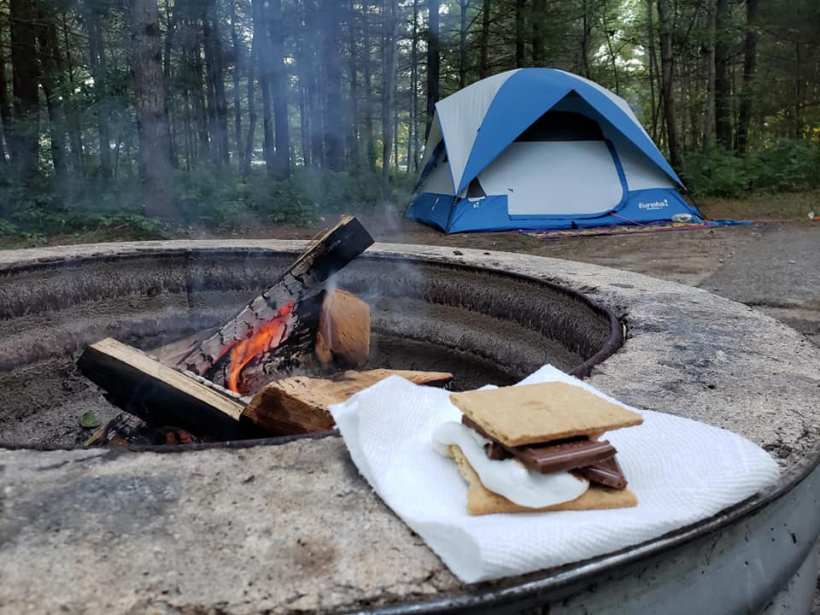 I don’t think mama was missing me while she was eating this!

She said the whole trip was sort of shadowed by the fact I wasn’t there, and she said the only reason I wasn’t was because it was so hot and she didn’t have an air condioned tent. She said I would have been miserable. 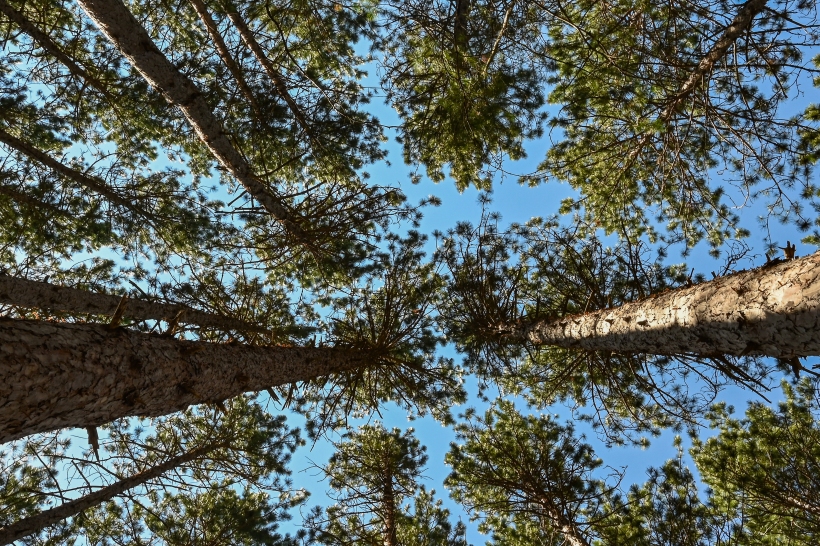 It’s a big park, up there, and I love to explore. Mama does too.

Well. Maybe she’s right. Maybe she was only thinking of me. 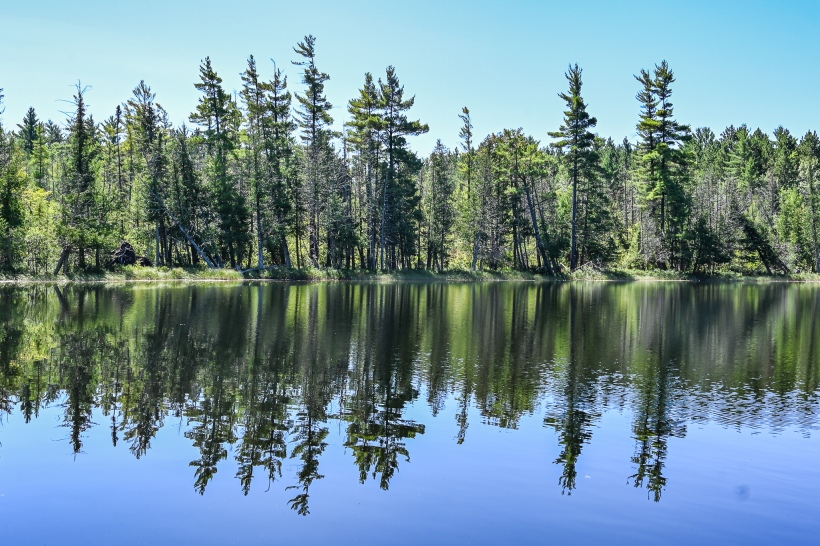 I hope mama is reflecting on the error of her ways.

Let’s take a vote, people! Let’s hear from you! Do you think mama should not go on any more camping trips unless I get to go? Or do you think it was OK that she left me with daddy in my airconditioned house with my doggie beds and my special frozen banana treats? 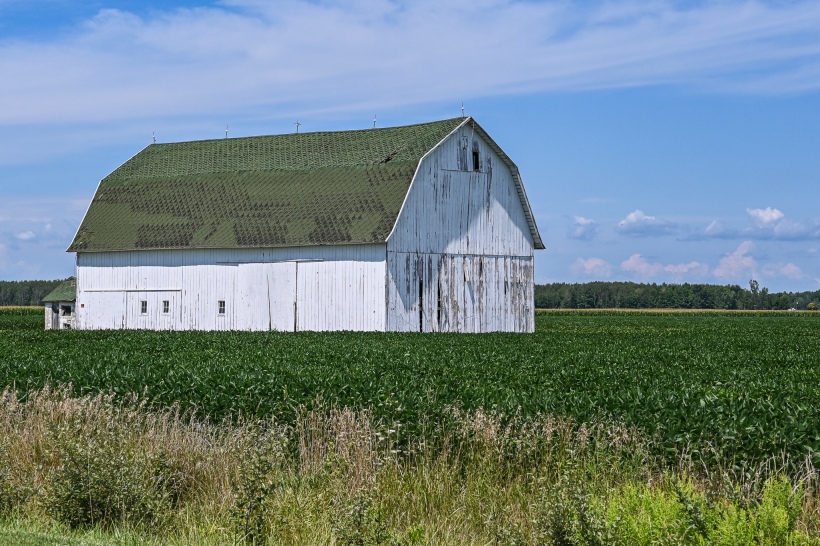 Of course mama stopped to get a picture of a barn on the way home. More delays while I waited at home for her.

I’ll tabulate the results and present them to mama. (I’m pretty sure I’m going to get a camping trip out of this.) I’ll try not to make her feel bad, but that won’t be easy. She says she already feels really guilty. 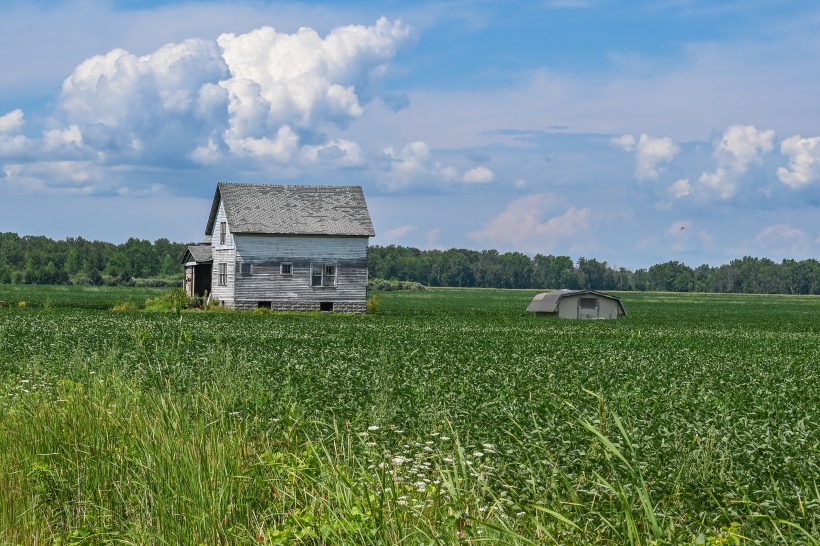 She thought this was beautiful too. I say, no sheltie? Not pretty. Yep that’s what I say.

I think that’s fair. Don’t you?

Get those votes in everybody! This princess needs your support!

I think mama forgot, this is MY tent.